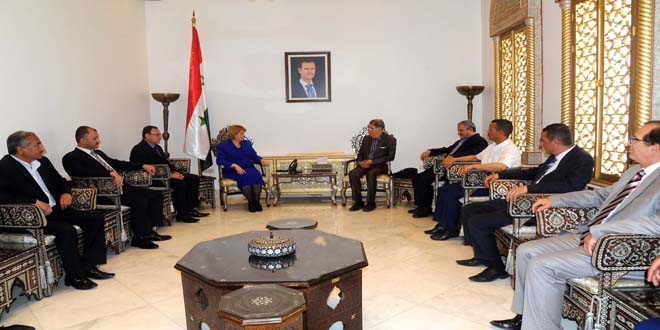 Abbas made her remarks during a meeting with a visiting delegation from the Tunisian National Committee for Supporting Arab Resistance and Fighting Normalization and Zionism in Damascus on Monday.

Delegates relayed the Tunisian people’s appreciation for the steadfastness of the Syrian people, army and leadership to defend Arabism and confront terrorism.

They also criticized the media for carrying misleading campaigns against Syria, pointing out that reports do not reflect the reality of what is taking place on the ground.