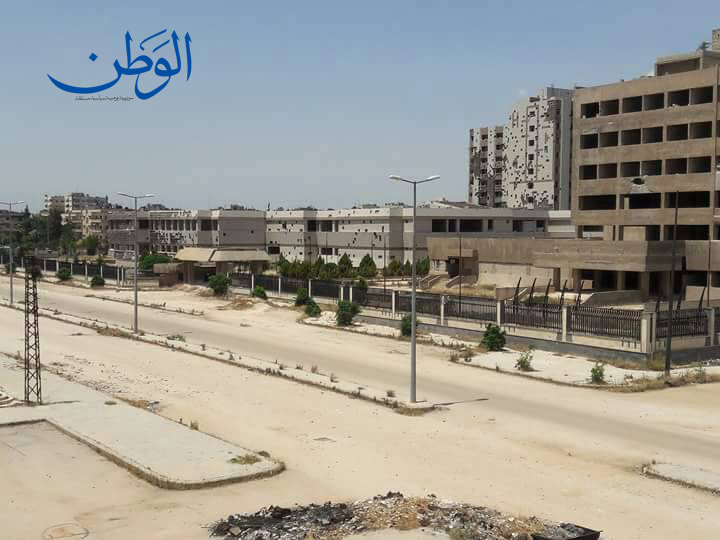 Life in Al-Waer returned to normal on Monday with the return of thousands of the district's residents to their homes, after the departure of the last batch of gunmen and their families from the neighborhood Sunday evening.

Al-Watan’s correspondent quoted a source in the Homs governorate as saying that since the morning hours, more than 8,000 citizens from among the residents of Al-Waer had returned to their homes to inspect the damage, adding that the movement of public and private transport had resumed in the district.

He said that maintenance and repair work started in the morning in order to reopen the roads, clear rubble, and restore water, electricity and sewage networks, while service departments in the governorate worked to evaluate and repair damage to infrastructure.

A military source in Homs noted to Al-Watan that army engineers had dismantled more than 30 explosives during the combing and searching of the district, adding that inspectors found a number of terrorist bases and seized weapons and ammunition.