Around half of the money allocated by the government for reconstruction is going to Aleppo, the official news agency SANA writes 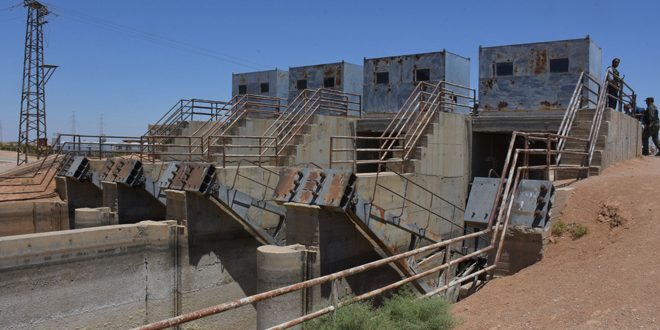 The Ministerial Committee in charge of following up the reconstruction projects in Aleppo discussed on Monday the mechanisms for rehabilitating the eastern countryside of the province and improving the services and agricultural situation in preparation for the return of people to their towns and villages.

Public Works and Housing Minister Hussein Arnous, who is the head of the committee, said that the value of the total ratified and allocated contracts for reconstruction in Aleppo has so far amounted to 25 billion Syrian pounds, which is 50 percent of the total amount spent by the Reconstruction Committee on the whole country, adding that the amount can be increased in accordance with the importance and need for the next phase.

He pointed out that the committee approved allocating 250 million Syrian pounds to set up a base for providing and securing all agricultural production and irrigation supplies in the eastern countryside.