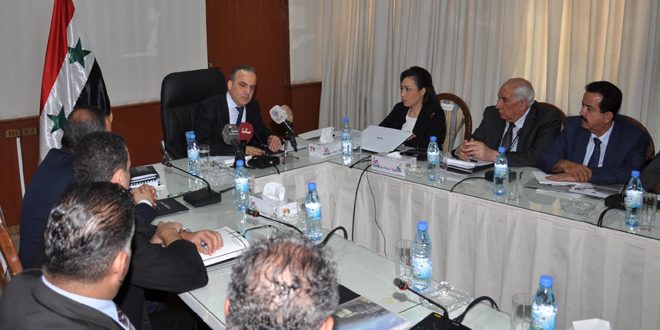 Prime Minister Imad Khamis met on Thursday with governors in Homs to discuss the establishment of martyrs affairs offices within the administrative units and the required contribution to support the Jarih al-Watan (The Homeland’s Wounded) project.

During the meeting, Khamis called for the establishment of an integrated strategic view to be the executive tool for the National Project for Administrative Reform which was launched by President Bashar al-Assad.

Discussions during the meeting also touched upon investments in the provinces that are aimed at improving revenue, in addition to discussing the development projects and industrial areas.