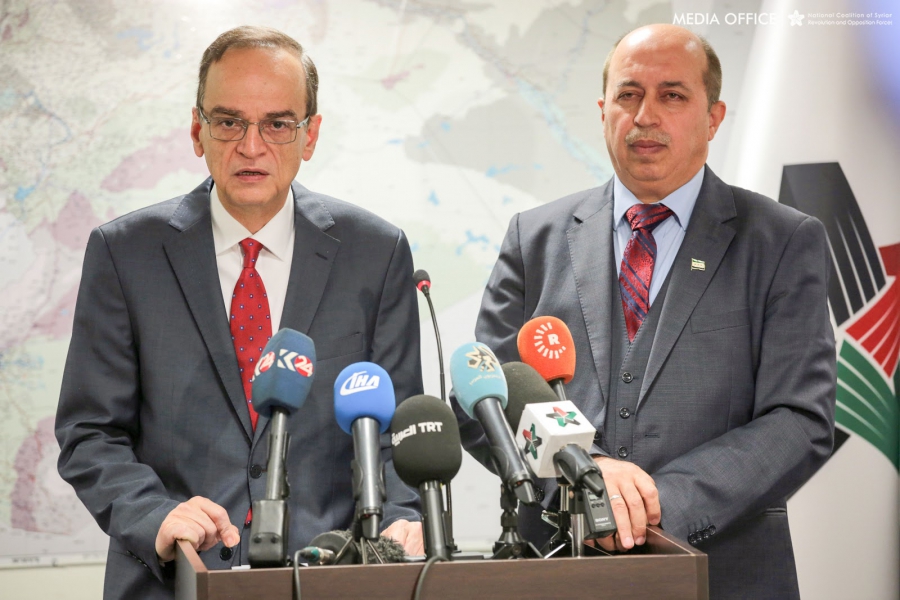 The Syrian National Coalition called upon friendly countries to support the establishment of a unified national army consisting of armed revolutionary groups as an integral part of the international alliance against terrorism.

During a press conference in Istanbul on Friday, the Coalition welcomed the de-escalation zones agreements reached in Eastern Ghouta and in Syria’s south but stressed the need for monitoring mechanisms to ensure their full implementation.

“These agreements must lead to a halt to the bombardment and a full cease-fire in the entire Syrian territory,” said head of the Coalition’s media department Ahmed Ramadan. “These steps must be carried out in parallel with the immediate activation of the political process through direct negotiations in Geneva to address the fundamental issue, which is political transition.”

Ramadan also condemned efforts by Hezbollah to lay siege to several towns and villages in the Qalamoun area in an attempt to force local residents out of their homes.

“These actions are aimed at serving Iranian plans to bring about a demographic change in the area, which includes large areas of rural Damascus,” Ramadan said.

With regards to the upcoming meetings in Switzerland and Kazakhstan, Ramadan said that the Astana process is facing a “fundamental challenge” in the number of agreements being reached as most of the parties refuse to accept Iran as guarantor.

Ramadan said the continued military escalation by the regime and its allies has hampered the Geneva negotiations and undermined popular confidence in the process.

“It is widely believed now that the regime and its backers are exploiting the process to give the impression of engaging in a political process which they have emptied of any substance or meaning,” he said.