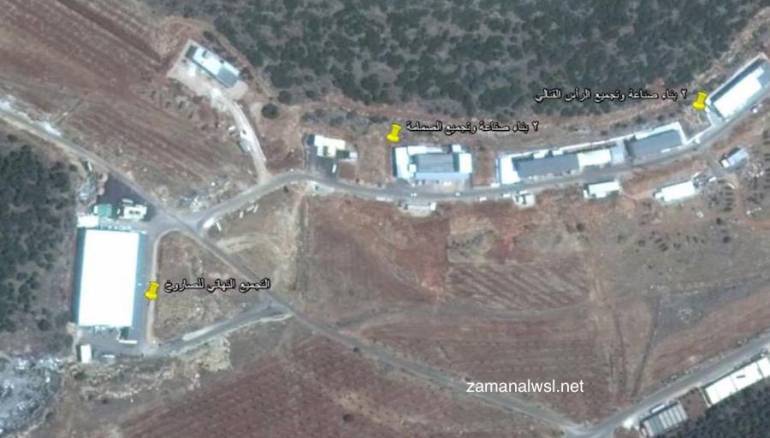 Israel's strike on a missile facility near Masyaf in Hama province was a devastating and successful blow to the Assad regime and its allies, destroying the production lines of Hezbollah’s short-range missiles, a well-informed military source told Zaman al-Wasl on Monday.

One source, who spoke on condition of anonymity, said it will take at least six months for the factory to return to its previous levels of production.

The Syrian army admitted on Thursday that Israel had targeted one of its positions in Hama province.

The army statement said the airstrike killed two people and caused material damage, and warned against the “dangerous repercussions of this aggressive action to the security and stability of the region,” Reuters reported.

The facility produces short-range 220mm and 302mm surface-to-surface rockets which are guarded by forces from of Iran and its Lebanese allies Hezbollah, according to the source.

Israeli officials have previously admitted to attacking weapons shipments bound for Hezbollah, but have not specified details of their strikes.

The Israeli raids came after the Russian announcement about establishing a radar and air defense system to protect Syrian airspace by merging networks from the Russian air defense in Syria.