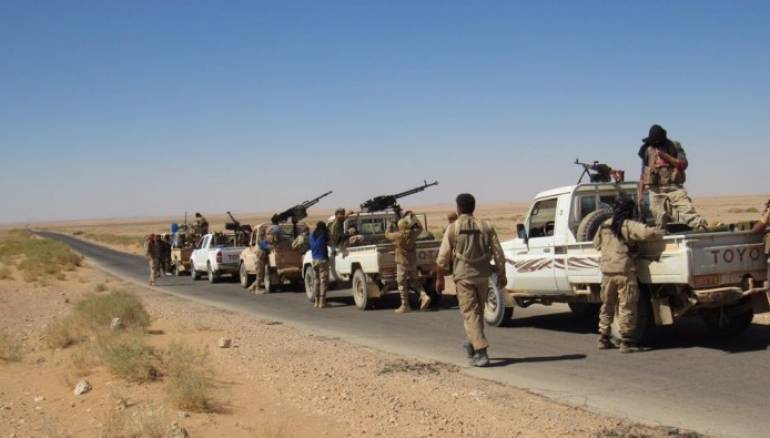 The Syrian army and its allies seized control of positions on Syria’s southern border with Jordan, Western media reported on Saturday.

Reuters reported that the captured border positions were located to the southeast of the capital Damascus, adding that militants had been killed and wounded during the attack.

The Assad regime's advance followed the withdrawal of key rebel groups under heavy pressure from the U.S., a source told Zaman al-Wasl.

Moscow and Washington have coordinated a retreat of the rebels to the Rakban refugee camp as both parties seek to enforce a de-escalation zone deal along the borders with Iraq and Jordan south of Syria, giving the upper hand to regime forces.

On Sept. 4, the U.S. army, through its joint task command in Jordan, demanded rebels withdraw to Jordan, claiming the move would serve the de-escalation zone agreement as they faced inevitable defeat.

The Amman-based Joint Operation Room that leads rebel factions in southern Syria said it seeks to pen another cease-fire deal with the Assad regime.

A commander from the Lions of the East Army group said that regional and international powers had pressured them to end their fight and launch attacks on Islamic State (ISIS) group instead.

The Forces of Martyr Ahmed Abdo group said the ultimate goal of the Assad army's push in the Syrian Badia region was to link its forces with Iraq's militias on the other side of the border.

Since May, the regime army has been moving large numbers of troops to the Badia on the country's border with Iraq and Jordan.

In August, the Amman-backed Army of Free Tribes withdrew from its posts in Badia near the city of Suweida, in a surprise move granting the Syrian army more territory.