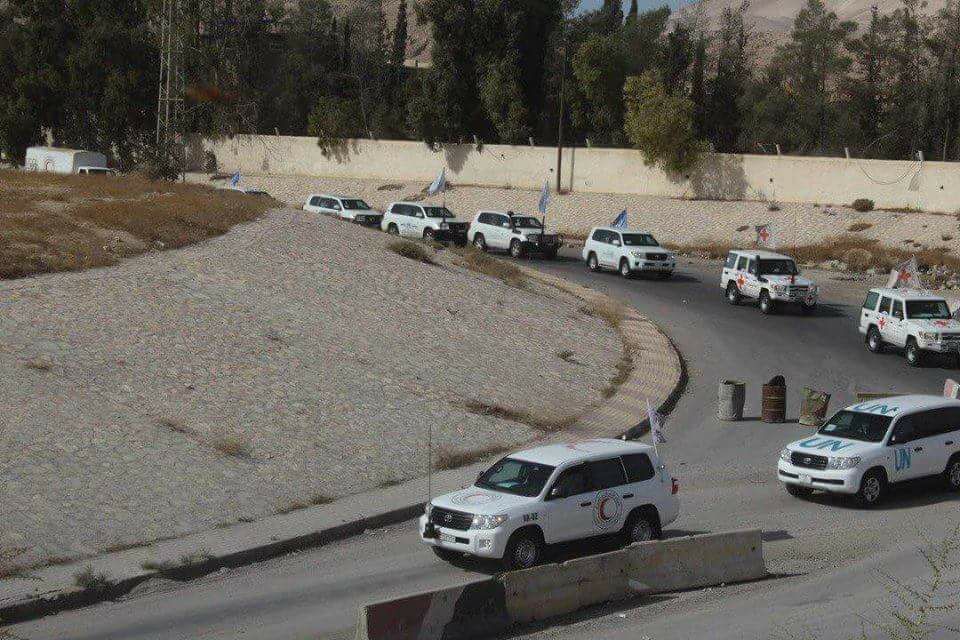 A United Nations-Red Crescent aid convoy entered into the city of Douma in the Eastern Ghouta on Sunday, in light of the suffocating siege which has been imposed by regime forces on the surrounding areas for months.

Local sources said that the convoy entered through the Al-Wafideen crossing carrying 24 shipments of food, medical and logistical aid.

Activists explained the aid was not enough to cover the needs of residents, as the convoy had only 4,300 food baskets, which would be distributed to 25,000 families, meaning that every six families would get one basket between them. They said that this aid would not cover even a small portion of those suffering from the siege.

The United Nations warned days ago about the collapse of the humanitarian situation in the Eastern Ghouta, and held the regime responsible for the 400,000 civilians under siege in the area suffering from a lack of food and medicine.