The Syrian army has met fierce ISIS resistance in its campaign to take the town of Al-Asharah, Zaman al-Wasl reports 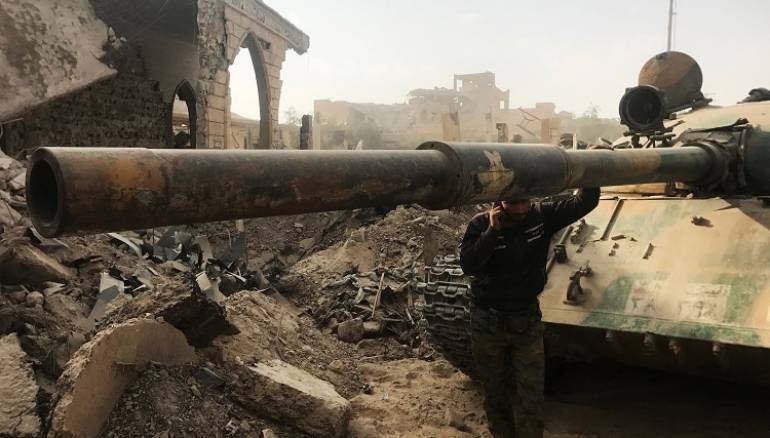 The elite commandos, led by notorious Gen. Suhail al-Hassan, have been pressing to take the town of Al-Asharah, where the last remaining pockets of ISIS fighters are showing fierce resistance.

According to a new estimate by the Syrian Observatory for Human Rights, a U.K.-based war monitor, more than 119,000 pro-regime forces have been killed since the start of the civil war, including 62,000 Syrian army troops, tens of thousands of loyalist militiamen, and 1,556 Lebanese Hezbollah fighters.

Despite using a scorched earth policy, Hassan has so far failed to make any advances in the territory between Al-Asharah and the district of Al-Salihiya.

Meanwhile, activists based in the border town of Albu Kamal have documented deaths of 103 civilians in as little as seven days due to heavy bombing, despite claims by the Assad regime it had taken the key town weeks ago.

The army declared victory over ISIS in Albu Kamal earlier this month, but the jihadists staged a counterattack using sleeper cells hidden within the town.