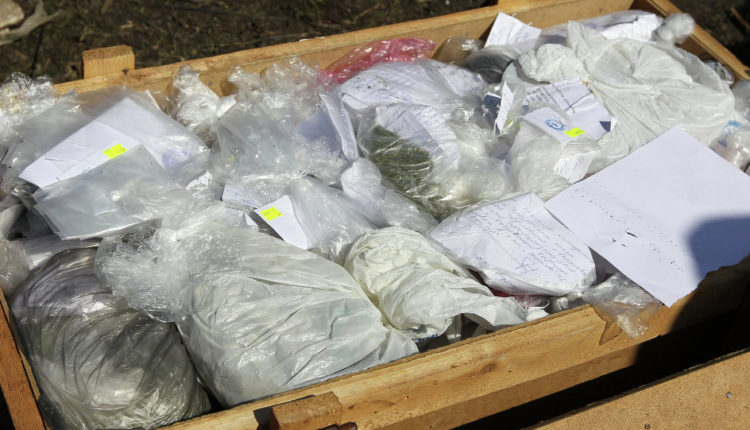 Around 60 percent of those serving time in government prisons for drug use are young men and women between the ages of 14 and 20 years old, loyalist media reported from judicial sources.

The sources said that 42 kg of hashish were confiscated in Damascus last week, with another 25 kg of confiscated in Homs, as well as 170 kg of Captagon (fenethylline) pills in the Aleppo countryside in the same week.

The pro-regime Al-Watan newspaper said that a large portion of young people were targeted by drug dealers especially in cafes and by schools and parks.

The newspaper said that most of those who used drugs easily confessed to dealing in the substances since the law views users as victims who require treatment.

Numerous legal reports indicated that Hezbollah was responsible for the spread of drugs in regime-held areas, while also pointing to the militia’s dependence on intermediaries to bring drugs into opposition areas.