Despite being polluted, the Euphrates remains the only source of water for many towns, Zaman al-Wasl writes 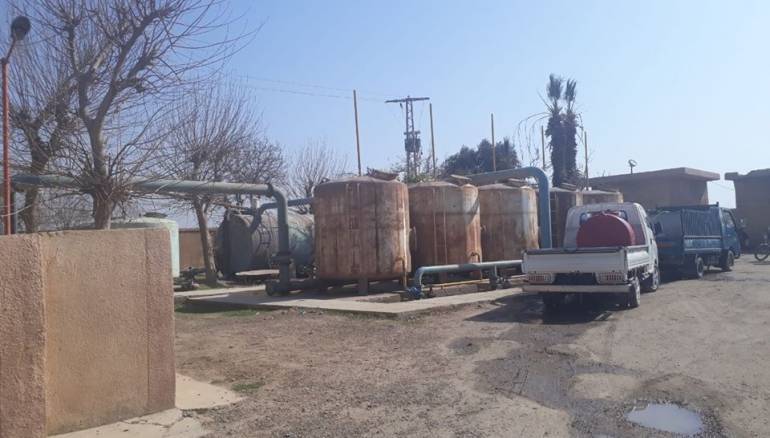 Most water-pumping stations on both banks of the Euphrates River have stopped contributing to the recovery of the water crisis in Deir-ez-Zor amid a shortage in the eastern province.

Ahmed al-Ali, one of the workers at the Ziban water station, told Zaman al-Wasl that the station in his town sometimes works for only four hours a day, adding that it cannot operate throughout the week due to power outages and the lack of fuel to operate the station generators.

Each town or village has at least one station along the bank of the Euphrates River to pump and purify water.

The station in Al-Basira city operates only three days a week and does not properly purify the water. This can lead to the spread of infectious diseases as water from Euphrates is polluted, but the river remains the only source of water for drinking and irrigation in the region, according to Ali.

Residents say that the reduced output of water stations and a lack of water has pushed people to buy from mobile water tanks, for around 1,000 Syrian pounds per tank.

The Assad regime's Water Ministry said the transfer and distribution of drinking water in Deir-ez-Zor is undertaken by more than 115 purification stations and distributed along both sides of the river, which is the only source of water in the province.