Young men rounded up for service ahead of expected large-scale ground assault on the rebel-held enclave, opposition website reports 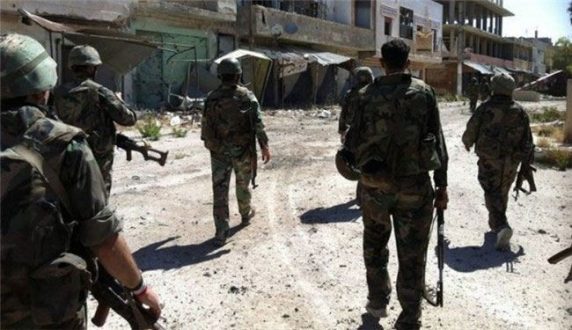 Assad regime forces this week transferred the second batch of detainees from Raqqa and Deir-ez-Zor to the fighting fronts in the Eastern Ghouta suburb of the Damascus countryside.

Local resident Mohamad al-Khamis said that the Deir-ez-Zor men, who were arrested by the regime’s National Defense Forces under the pretext of military service, were transferred to the fighting fronts in the Eastern Gouta near the capital. He added that the new recruits number more than 60 men.

The source noted that "these young men had returned to their villages after receiving promises from the regime, through the elders and tribal sheikhs, that their reserve or compulsory military service will be in their areas. But the regime would not keep its promise.”