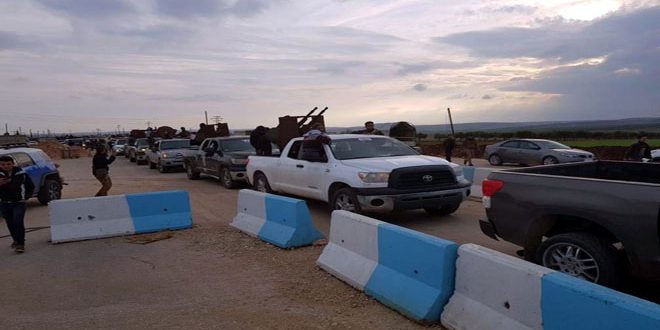 "Popular Forces" fighters have arrived in the city of Afrin to support locals against the Turkish aggression and to confront the Islamic State (ISIS) terrorist organization.

SANA’s reporter said the Turkish troops targeted the Popular Forces and media delegations with artillery fire upon their arrival to the area.

The Popular Forces will be involved in confronting the Turkish aggression and ISIS fighters, defending Syria’s territorial integrity and sovereignty, and thwarting the attempts by the Erdogan regime and its terrorist mercenaries who seek to occupy the area, according to the reporter.