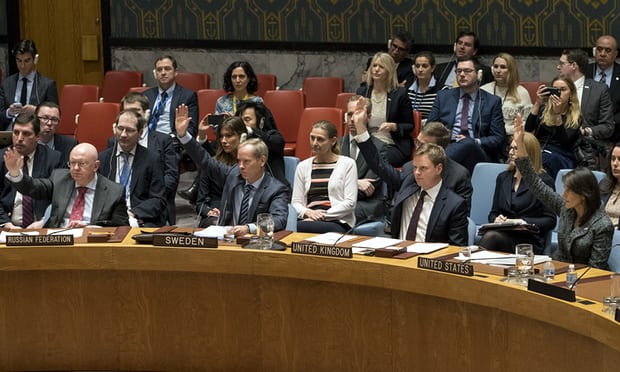 Damascus on Tuesday accused the U.S.-led international coalition of attempting to undermine the unity of Syria and prolong the crisis through civilian massacres and support for the remnants of the Islamic State (ISIS) terror organization.

In a letter addressed to the United Nations, Syria’s Foreign Ministry said that the coalition committed two new massacres against Syrian civilians on Sunday when its warplanes bombarded homes in the villages of Al-Shaafa and Dhahret Alouni, in the eastern countryside of Deir-ez-Zor, killing 29 civilians and inflicting severe injuries on dozens of others, most of them women and children.

The ministry said that the coalition’s persistence in committing countless massacres against the Syrian people, as well as its attempts to absorb the remnants of ISIS into allied separatist militias, confirms that this rogue alliance’s only goal is to undermine Syria’s sovereignty, unity and territorial integrity, and to prolong the crisis in Syria.

“The Syrian Arab Republic demands that the Security Council shoulder its responsibility of preserving international peace and security and act immediately to stop the war crimes and the crimes against humanity committed by this alliance against the Syrian people and ensure that they do not reoccur,” the ministry said.

The letter demanded an end to the illegal presence of American forces on Syrian soil, preventing the U.S. from implementing its suspicious plans to divide Syria and plunder its resources.