Casualties reported as fierce bombing targets the northern province, according to Zaman al-Wasl 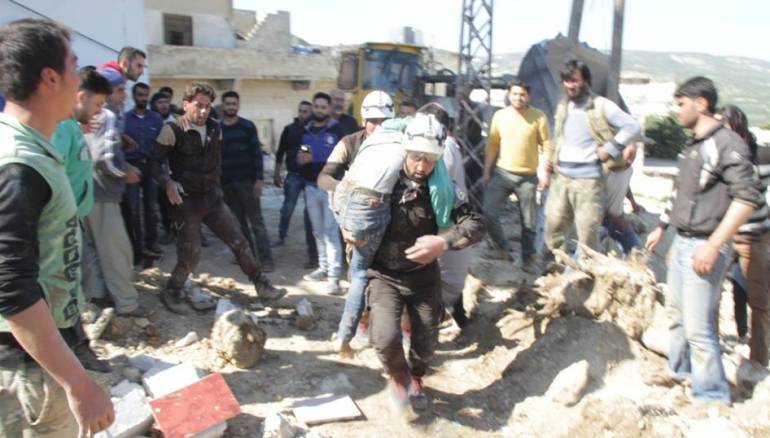 Two civilians were killed and eight more wounded in the regime's aerial bombing on the northern province of Idleb, the Civil Defense rescue group said Monday.

The strikes intensified on the town of Taftanaz and the Jisr al-Shughour region, killing two people in the village of Jiftlik Hajj Hamoud.

A Civil Defense center went out of service on Saturday in Jisr al-Shughour when regime warplanes dropped barrel bombs on the town center, local activists said.

Despite the region of Jisr al-Shughour being in a de-escalation zone, regime forces backed by Russia have continued their violations by hitting civil utilities.

Local activists said the regime army had used incendiary bombs and suspected toxic gas in the attack the towns of Bdama and Jisr al-Shughour.

Bombing on the Women's Civil Defense center left several children and a female volunteer wounded, as well as causing huge damage in the building and its equipment.

Idleb has been a haven for tens of thousands of rebels and civilians who were forced to abandon their homes in other parts of western Syria that the regime and its foreign allies recaptured from rebels.

The province has already been the target of intensive strikes by the Russia and regime's air forces over the past year, which have killed thousands of civilians and destroyed hospitals and Civil Defense centers.