Many towns and villages in northern Syria are preparing homes for those evacuated from the Damascus countryside, Samarit reports 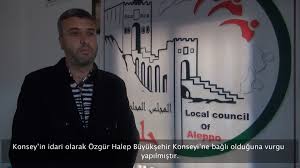 A number of local councils of the cities and towns north of the city of Aleppo in northern Syria announced on Tuesday that they were ready to receive displaced people from Damascus' Eastern Ghouta in residential apartments.

A media office official for the “free” Aleppo province council who called himself Abu Thaer al-Halabi told Samarit that it would work to prepare homes to receive displaced people from the Ghouta in coordination with local councils for the towns of Andan, Hiyan and Huriytan, and the villages of Kafr Halab and Maarat al-Arteeq, in coordination with the local council for the city of Harasta and the provincial council for the Damascus countryside.

Halabi added that there were 550 apartments in Kafr Halab that needed preparations such as “doors, windows and sanitary installations,” while there are 200 houses in Hiyan, as well as a large number in Huriytan and Andan and other areas in need of some preparations as well.

Halabi said that they would communicate with all humanitarian organizations to prepare the homes and apartments for Ghouta residents to live there, indicating that the Saed and Bina organizations would offer assistance for the renovation and that the IHH organization would offer water tanks and sanitary installations.

One-hundred-and-five buses carrying about 6,786 people from among the displaced of the central sector of the eastern Ghouta arrived earlier to the Qalaat al-Mudaiq crossing, 42 km northwest of Hama, in central Syria.

The departure of fighters and civilians comes as implementation of the items of an agreement which Faylaq al-Rahman and Russia reached last Friday after a major military campaign carried out with Russian support on the area, lasting two months and causing thousands of civilian deaths and injuries.