The last pockets of jihadist control are now in the regime's sights, Zaman al-Wasl reports 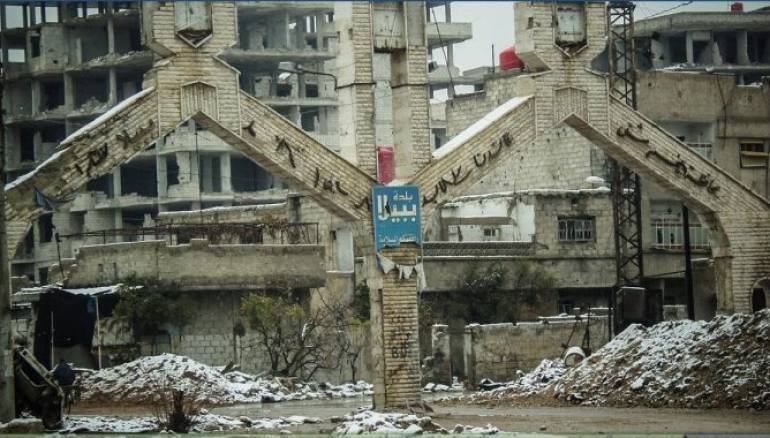 The regime aims to clean out all suburbs of Damascus from rebels and militant groups through war or reconciliation deals. Such hope is faced with obstacles as a U.S. strike looms in response to a deadly poison gas attack on Douma town.

Saleh al-Khatib, a prominent cleric, was wounded on Wednesday in the town of Yalda, when unknown assailants opened fire on him over his calls to reconcile with the Assad regime.

Sources said on Saturday that the regime demanded that rebels fight ISIS and the Nusra Front before they will be allowed to leave to northern Idleb province.

The regime has reached a deal with the reconciliation committees in the suburbs of Bait Sahm, Yalda and Babila, urging rebels to launch an attack on the last ISIS pockets in the Yarmouk Camp, Qadam and Al-Hajar al-Aswad districts.

The regime promised to settle the detainees’ file and to return farmers to their lands if rebels abided with the deal.

The Jaish al-Islam rebel group has refused the deal, while other rebel factions have agreed to the Russian-brokered reconciliation deal.

The deadly Eastern Ghouta offensive sent a warning signal to rebel groups around the capital, saying your areas of control will be torched unless you leave peacefully for northern Idlib province, activists and rebels commanders say.

Russia, the de-facto ruler of Syria, has made it clear no rebel presence in Damascus or its countryside will be tolerated.