Syrian troops had started moving into Daraa province, following their victory over IS in Damascus writes Al-Araby 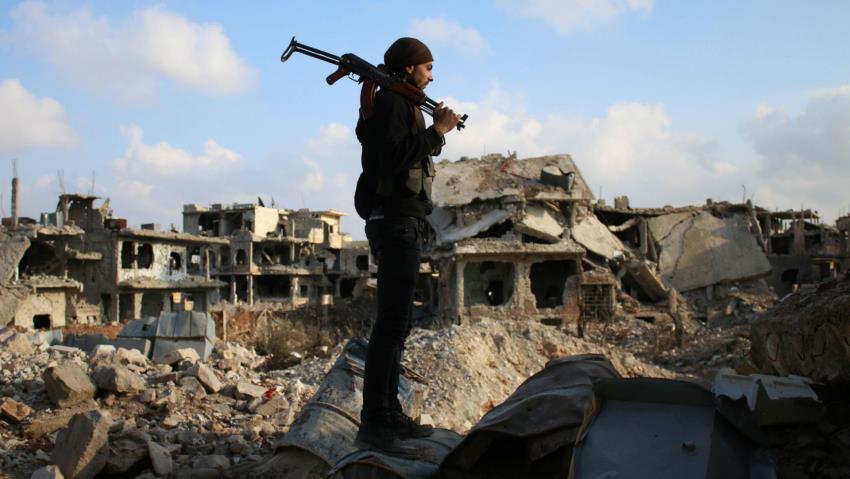 The Syrian regime has said it will not move against rebels in the southwest, after the United States warned it would take "firm measures" to protect a cease-fire there.

The Syrian Charge d'Affairs to Jordan told Russia's Sputnik news agency on Saturday that Damascus "does not need a military operation in the south" and said he hoped negotiations could resolve the issue.

"The Syrian government might not have to battle in the south," Ayman Alloush told the agency's Arabic-language service.

"There is a large bloc of people in the south who support the idea of reconciliation and want to return to the embrace of the homeland," he said.

"The state does not only think about winning through warfare. It wants to win through peaceful means," the diplomat added.

The remarks came a day after the US warned it would take "firm and appropriate measures" if the regime presses ahead with a military operation in the de-escalation zone in Daraa.

Washington named Syrian President Bashar al-Assad and cautioned him not to broaden the war.

On Wednesday, the Syrian Observatory for Human Rights reported that regime forces, fresh from their victory against the Islamic State in Damascus, had begun to move into the southwestern province.

Syrian state-run news has reported that regime aircrafts have dropped hundreds of leaflets over the past week in Daraa warning fighters to lay down their arms.

Daraa – which is known as the "cradle of the Syrian revolution" – is one of the last areas under opposition control.