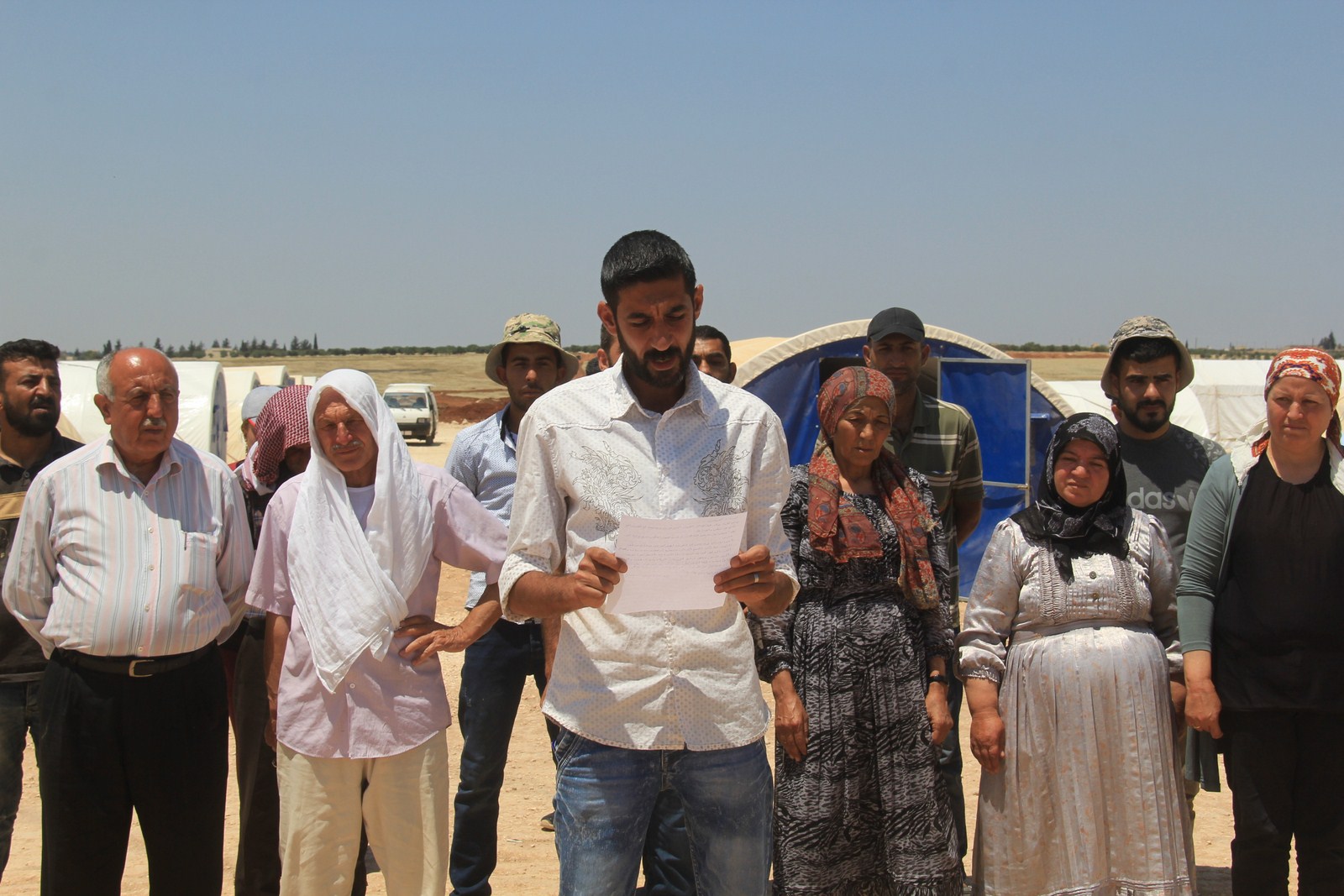 The Yazidi Federation in Afrin has condemned the practices of the Turkish occupation and its mercenary groups against Yazidi villages, temples and centers in Afrin and called on the international community to intervene to stop the “extermination of the Yazidi people.”

This came in a statement published by the Yazidi Federation in Afrin to condemn the practices of the occupying Turkish army and its mercenaries against Yazidis in Afrin. The statement was read out at the Serdam Camp in the al-Shahba area by Federation member, Asaad Marko, in the presence of dozens of residents.

The statement read: “Over the centuries, the Yazidi faith has been subjected to countless extermination campaigns, the biggest during the Ottoman Empire, which sought to obliterate this religion, because the survival of the Yazidi faith means the continuing resistance to the occupation, and the survival of Kurdish language, culture and heritage in the minds of the people. The oppression of the Yazidi religion has been a nightmare, troubling the sleep of Kurdish people over the years. With the start of the Syrian crisis in 2011 and the power vacuum in Kurdish areas, the Democratic Self-Administration was formed, which recognized the presence of the Yazidi community for the first time and the Yazidis breathed a sigh of relief. The Yazidis moved quickly not to lose this golden opportunity, and opened schools in Yazidi villages to teach young people the fundamentals and rules of their religion.”

The statement added: “The attack on the canton of Afrin by Turkish forces and the accompanying Islamist extremists  has threatened to kill and slaughter Yazidis. They claim that they will finish what was started in Sinjar. When they have entered Yazidi villages they have destroyed shrines and religious places. They have — and still are — trying to make Yazidis leave their religion, and impose the Islamic religion as well as Islamic clothing on Yazidi women. This is an attempt by jihadi and Salafi groups to impose extremist ideas and culture on the Yazidis, which are known for their culture of tolerance and brotherhood.”

The Yazidi Federation also pointed to the kidnapping of young Yazidis by mercenaries “since the jihadi groups entered Yazidi villages, young men and women have been kidnapped daily and investigated after being brutally tortured and accused on baseless charges, with the aim of spreading terror, imposing specific clothing on women and girls, and building mosques in Yazidi villages, especially in the villages where there is not a single Muslim — and this is just the tip of the iceberg in terms of what’s happened to the Yazidi community in Afrin.”

In a closing statement, the Yazidi Federation called for “the international community and human rights groups and the free world to intervene to protect the Yazidis, who are threatened with extinction as a result of the blind hatred toward them by jihadi and Salafi groups and the Turkish state, the heir to the Ottoman Empire, which was not able to exterminate the Yazidis, despite the firmans they directed against them.”