Since the conflict began in 2011, over a million Syrians have fled to neighbouring Lebanon writes Zaman Al Wasl 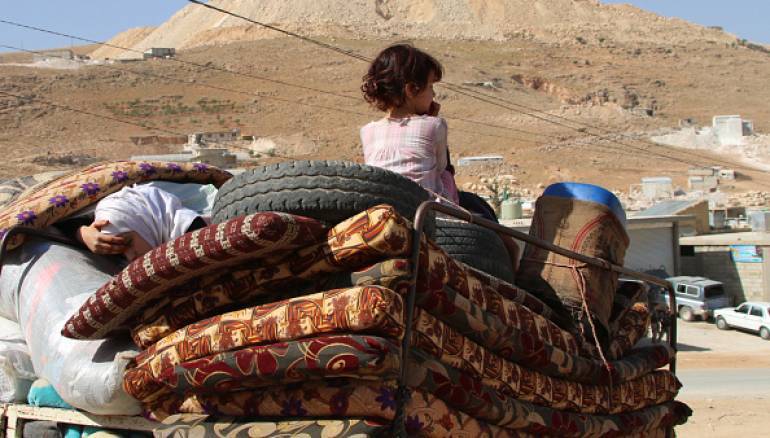 About 500 refugees from the Lebanese town of Arasl are expected to return to Syria, following a reconciliation deal brokered by Hezbollah, sources said.

Most of the refugees are from the western Qalamoun region, according to a Zaman al-Wasl reporter.

But the tough retractions and a campaign of arrests by Lebanese security have pushed hundreds of refugees to move back home as fighting there subsides.

The Syrian regime has called on refugees to return, saying it has successfully cleared large areas of "terrorists," according to AP.

Tuesday's appeal reflects the regime's growing confidence after more than seven years of war. Syrian regime forces, with crucial support from Russia and Iran, recently retook large areas near the capital, Damascus, and are waging a new offensive in the south. The regime refers to all armed opposition groups as terrorists.

Over 5.6 million Syrians have fled the country. The Foreign Ministry says many internally displaced people have already returned home, urging refugees to do same.

Syrian refugees in Lebanon have called on the UN refugee agency to protect them from the abuses of Lebanese security that has used the identity of UNHCR employees to trick refugees in its latest campaign of arrests.

A number of Syrian refugees told Zaman al-Wasl that members of the Lebanese security have been claiming that they work for the UNHCR to interrogate the refugees in a covert way; enabling them to arrest some later.