The cache of weapons included anti-tank and anti-aircraft guns, as well as a tunnel excavator writes Al-Thawra 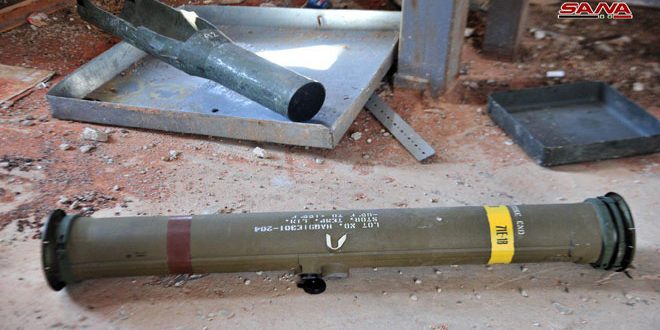 Syrian Arab Army units discovered heavy, medium, and light weapons, including US-made TOW missile launch pads, which were left behind by terrorists in the eastern countryside of Daraa.

A field commander said that on Wednesday, units found underground caches used by the terrorists groups in a number of the villages and towns in southeastern and northeastern countryside of Daraa, including US TOW launch pads, US-made armored vehicles, armored vehicles equipped with machine-guns as well as anti-tank and anti-aircraft guns.

The seized weapons also included 120mm, 82mm, 60mm mortar launchers, various munitions, RPGs, and sniper rifles, in addition to a tunnel excavator used by the terrorists to facilitate their movement and protect themselves from the strikes of the Syrian Arab Army.