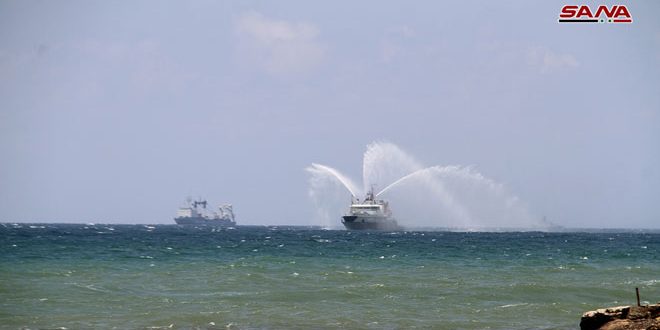 On Sunday, the Minister of Presidential Affairs Mansour Azzam attended a ceremony held by Russian military units operating in the Mediterranean port of Tartous on the occasion of Russian Navy Day.

The ceremony was attended by a number of officers of the General Command of the Army and Armed Forces, Commanders of the Russian Forces in Syria and a number of Russian army officers.

Russian naval units in the Mediterranean marked the day with a naval parade involving flights by Russian fighter jets and bombers.