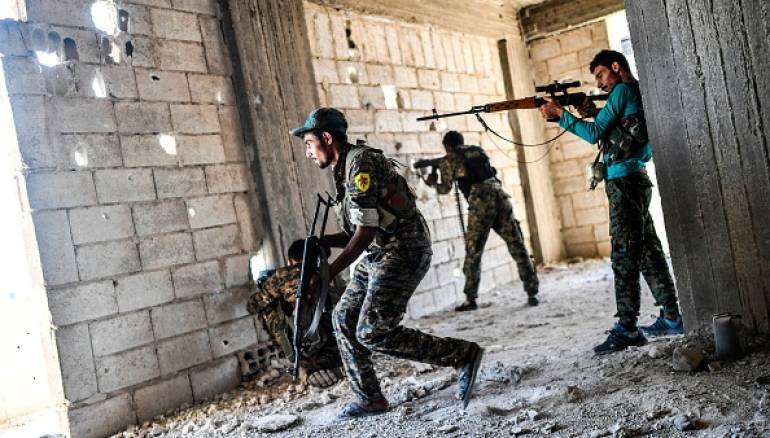 On Sunday, the powerful Kurdish Democratic Union Party (PYD) militia arrested wives of former Islamic State (ISIS) members in northeastern Raqqa province, in a move that has raises concerns over the women of ISIS fighters who have been exposed to a series of abuses by the Kurdish militias, local activists said.

All women who were in the house of Hael al-Sarri in the village of Khunaiz al-Westani were arrested, sources told Zaman al-Wasl.

The Kurdish militants have also raided the camp of Ayn Issa tracking the women of ISIS fighters.

The Kurdish forces have been the main partner of the US-led coalition against ISIS in Syria, and helped drive the jihadists out of swathes of northern and eastern Syria last year.