Emirati businessman, Abdel Jalil al-Balouki has shown a readiness to invest in Marouti City and other projects reports Al-Watan 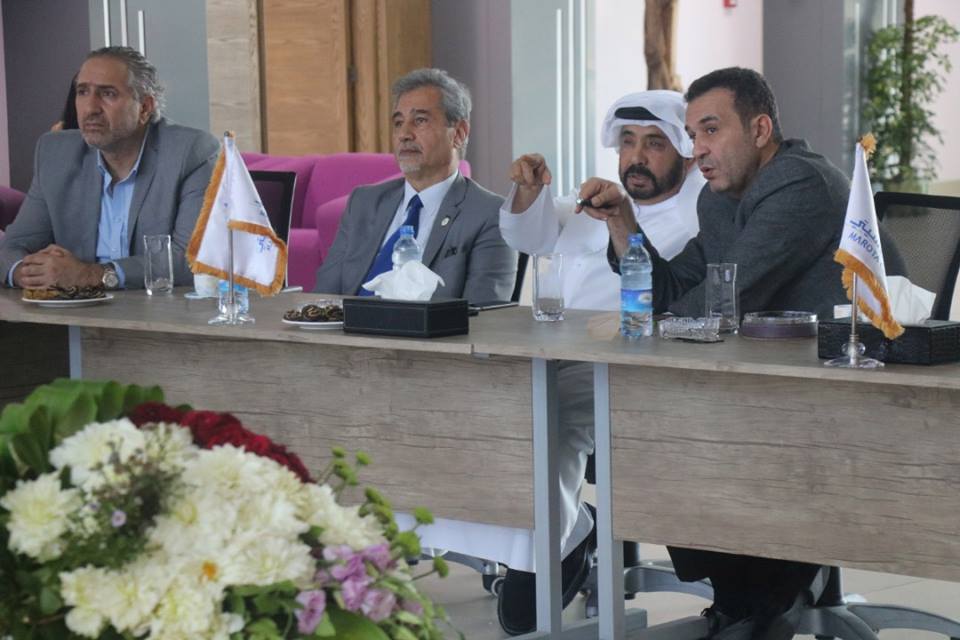 In a bold move to break the criminal siege imposed on Syria, Abdel Jalil al-Balouki, the Vice President of the Board of Aafaq Islamic Finance (Emirates) and General Director of the Emirates Development and Investment Company (Syria), paid a visit to the Damascus Holding Company during which he was received by the Governor of Damascus Province and head of the company’s board Dr. Bishr al-Saban and Executive Director Nasouh al-Nablasi.

He expressed his desire to cooperate and invest with the Damascus Holding Company in a number of projects, which will begin studies and investment portfolios in order to enter into strategic partnerships with Damascus Holding for their implementation.

The head of the board, Damascus Governor Dr. Bishr al-Saban presented his explanation of the facilities that are offered to investment projects and the promising future for the Marouti City projects, as well as their role in achieving a quantitative leap for the city of Damascus.

Abdel Jalil al-Balouki is an Emirati businessman who occupies a number of positions: Vice President of the Board of Aafaq Islamic Finance (Emirates) and the General Director of the Emirates Development and Investment Company (Syria).