There were 50 people, including women and children, living in the two buildings that collapsed following the blast reports Hurriya Press 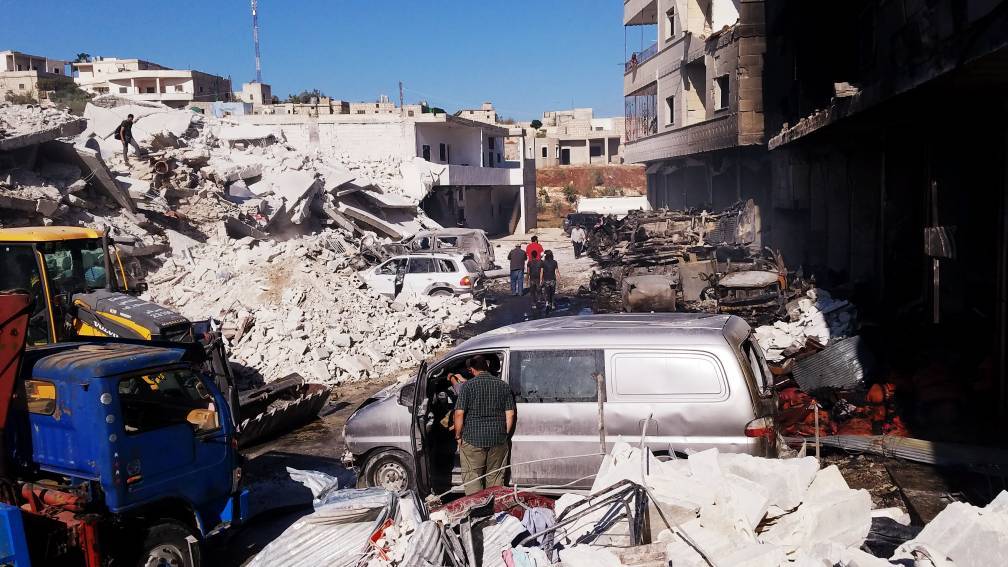 On Sunday, a violent explosion shook the old Bab al-Hawa Square in the city of Sarmada north of Idleb, causing two multi-story buildings to collapse.

Hurriya Press’s correspondent in Idleb reported that dozens of dead were stuck in the rubble after an ammunition warehouse that was owned by a trader inside Sarmada city exploded. The blast caused two buildings inhabited by 50 people to collapse, with most of the dead being displaced families from the northern Homs countryside.

Hurriya's correspondent said that at least ten people had been killed in the first report and that there were dozens of wounded, including women and children. Civil Defense teams were not able to provide exacts numbers because of the magnitude of the explosion and the ongoing work.

For its part, the Civil Defense teams in the Harem sector reported “dozens of dead and wounded in the old Bab al-Hawa Square in the town of Sarmada as a result of the collapse of two residential buildings, each composed of six stories with each floor containing four apartments. Civil Defense teams are still working to remove the dead and treat the wounded.”

The town of Sarmada is under the control of Hayyat Tahrir al-Sham, and the area is considered economically important in Idleb province due to its proximity to the Turkish border.