Regime attacks in Latakia, the suspension of medical work, foreign currency deposits and rocket attacks on civilians. Catch up on everything that happened over the weekend. 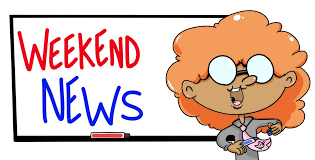 1. Syrian regime forces backed by allied militias have launched a major offensive to uproot rebels from the last stronghold in Latakia province, local activists said Saturday. The offensive seeks to take full control of Jabal al-Turkman, a de-escalation zone that is covered by a Russian-Turkish sponsored truce, but the bombardment on Friday night suggest it could be the latest opposition area to be targeted by the regime's forces. Preparations appear to be underway for an assault on rebel-held Idleb province, which lies to the east of the Turkmen mountains. Reinforcements have arrived in areas to the north, south, and east of the opposition province, with huge bombardments carried out on Idleb on Friday, killing 22 people – including six children. [Al-Araby al-Jadeed]

2. The main hospitals and schools in northern Idleb province have suspended work due to heavy aerial bombing by the Syrian regime and Russia, which has already killed or wounded around 100 people, activists said Saturday. Central Idleb Hospital and Maarret al-Numan hospitals expressed fears of new attacks that may leave the health facilities out of service. Friday's deadly airstrikes killed at least 33 civilians. [Zaman Al Wasl]

3. The Governor of the Central Bank of Syria (CBS) Dureid Dergham said that issuing foreign currency certificates of deposit (CDs) is an important step to attract Syrians’ funds, by providing competitive returns and allows them to be reinvested to revitalize of the national economy. In a statement to SANA, Dergham said that the decision to issue CDs, which was recently approved by the Cabinet, allows public and private banks operating in Syria to accept deposits in foreign currencies, which should encourage people who have savings in foreign currencies to deposit them in local banks. He also said that “Islamic CDs” will be provided to cater to those who “don’t want to make use of the interest system.” [Tishreen]

4. On Saturday, a woman was killed and five civilians were injured in a terrorist attacks that used rockets on residential neighborhoods in the towns of Nubbul and al-Zahraa in Aleppo’s northern countryside. SANA’s reporter in Aleppo said that terrorist groups positioned in Anadan town fired a number of rocket that landed on civilian homes, martyring one women and injuring five others, including three children and causing additional material damage to citizen’s houses. [SANA]