The cause of the explosion, which claimed the lives of 35 women and children, is still unknown reports Anadolu Agency 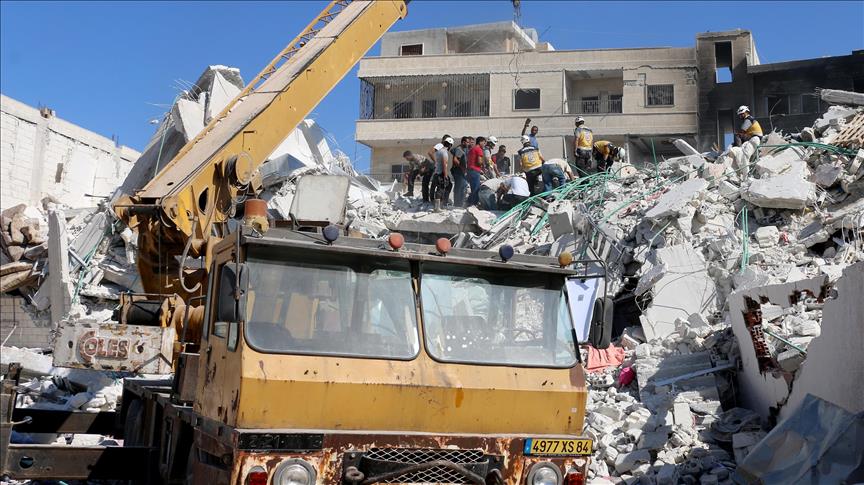 The death toll from an explosion in Syria’s northwestern Idleb province has risen to 67, according to the White Helmets civil defense agency.

Among the victims were 35 women and children, White Helmets’ official in Idleb, Mustafa Haj Youssef, said on Monday.

On Sunday, Haj said 32 people had been killed in the blast that took place in Sarmada district, where civilians displaced from the northern Homs province live.

According to Haj, some 50 people have been injured in the explosion, which destroyed two 6-storey buildings inhabited by displaced civilians.

It remains unclear what the cause of the explosion was.

Located in northwestern Syria near the Turkish border, Idleb was designated a “de-escalation zone” in May where acts of aggression are expressly forbidden.