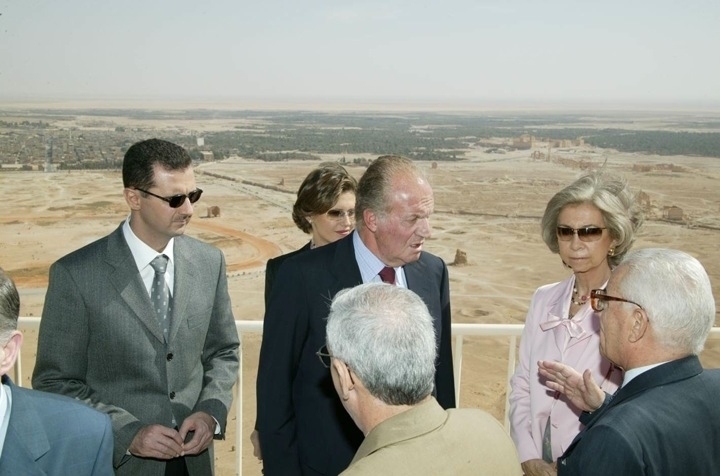 As reports broke of the liberation of the Tadmour military prison in Palmyra, Syrians could not help but recall the horrific scenes in Mustafa Khalifa’s prison novel Al-Qawqa’a (The Shell).

Many presumed the novel to be a retelling of the writer’s own ordeal inside the prison, as the story follows the experiences of Mustafa, a Christian whose name led him to spend 13 years in prison on charges of being a Muslim Brotherhood member. But, as the writer reveals, the story is based instead on a Christian friend, intertwined with elements of Khalifa’s own story inside the Tadmour – a method previously unseen in Arabic literature.

The title’s Qawqa’a, or ‘shell’, can be seen as a reference to the a inescapable prison walls, or the horror and terrorism practiced against the facility’s inmates, as detailed by Khalifa. In many ways, the book contains one of the most frightful and claustrophobic depictions of prison life in modern prose.

Many years have now passed since Khalifa was released from Tadmor to write his celebrated novel. But with new horrors now taking place in Palmyra, Siraj Press asks the author what he thinks of the liberation of the prison, and how he sees his own shell following his release.

Siraj Press: How did you feel when you heard that the Islamic State (ISIS) had taken over the Palmyra (Tadmour) prison where you were incarcerated, and where all those terrible things that you refer to in your novel had taken place?

Mustafa Khalifa: I wish the Syrian rebels had liberated this prison, and not ISIS – who are likely to turn it into a prison again. Still, any defeat inflicted upon the gangs of (President Bashar) al-Assad is a positive thing for the Syrian people, thus all Syrians will feel relief to know that this prison, which is considered a symbol of the Assad family’s tyranny, has finally fallen.

SP: Some people understand the title of your novel “Al-Qawqa’a” (The Shell) as a reference to an indestructible shell with no escape; did this shell break after the liberation of Palmyra prison?

MK: The human shell broke at the beginning of the revolution, but my hopes are the shell that has controlled our country for over half a century will soon be broken too. The shell in the title is in reference to the horror and the terrorism the Assad regime has used to rule Palmyra prison.

SP: In the novel, you talk of a Catholic Christian whose fate led him to Palmyra prison; a prison primarily for Islamic inmates and Muslim Brotherhood members. In the story, he was jailed for 13 years because his name was Mustafa.

MK: Many people believe the novel’s protagonist is fact the author, but the truth is, I recited the story from a Christian friend who was detained in Palmyra prison on the charge of being a member of the Muslim Brotherhood. I mixed our stories together with stories of many others who had suffered inside the prison. There are many similar stories of these absurdities that led people to incarceration, and they would suffer from the bitterness of this experience for the rest of their lives.

SP: Inside this black hole, there are stories of thousands of Syrians who were buried, most of them because they voiced their opinions to this despotic regime, while others were innocent of any crime. What do you remember about similar stories that you haven’t mentioned in your novel?

MK: I believe there is a story for each person inside that prison, each one had their own tragedy and story, and a few novels or books cannot cover all the suffering and pain. I expect that after the fall of Assad, many of these books that are hiding inside drawers and inside minds will be published.

SP: The most victorious moment – as mentioned in‫        Al-Qawqa’a – was when a prisoner was able to change where he was being tortured or lose the feeling of pain. Was this really victory for you inside the prison? Have you ever dreamed that your freedom is your ‘grand victory’?

MK: Yes, it was this much and more. This limited victory cost some inmates their lives. We dreamt of freedom, and these dreams were the only thing keeping us alive.

SP: How many great minds did the regime hide inside this prison for almost four decades, and why did it choose to detain these people there?

MK: I once spoke about this, and I said that university graduates constituted the highest percentage of inmates among the prison detainees, not only in Palmyra or Syria, but perhaps in the third world too. I believe there are many reasons for this; one of them concerns the detainees themselves, as they were the fastest to recognize the problems in their country and the most capable of organizing a response. Another reason concerns the regime, which feared the educated intellectual class and considered them enemies. For example, whenever an inmate fell sick, he could find many specialized doctors inside – enough to run a small hospital – but none had medical tools.

SP: Could the blood that still covers the prison’s walls be considered a witness to the suffering of detainees during this period of Syrian history?

MK: Now, after everything that has happened inside Syria, blood covers all walls. Assad has expanded the cruelty that was practiced inside the prison accross the whole country. Millions of individuals now talk about this current period in Syria’s history, not only the blood that covers or “decorates” the prison’s walls.

SP: If you met your tormentor, how would you act?

MK: I encountered my worst tormentor while I was walking in the street; it was a little bit funny. He hugged me and I hugged him back, and honestly, I felt no grudge or hatred – which was a surprise. All that I felt then was how much he was confused and ashamed. Basically, everything personal vanishes in these moments, especially after a long time, and any inmate would see his tormentor as a victim, which he indeed is.

SP: Would you like to visit this prison now that it has been liberated? Do you have painful memories of a certain place there that you would like to visit first?

MK: To tell you the truth, if I were to visit Palmyra prison it would only be out of curiosity, but I don’t think I would like to visit it yet.

SP: Before we finish, how do you see the future of Syria as a Syrian writer and intellectual?

MK: Speaking about Syria’s future within this complicated situation would be a kind of predictive exercise – everything is possible, even the unexpected things. However, as a Syrian, I could say that the worst thing that could happen is the survival of the Assad regime, which would be worse than extremist Islamic rule or any other possibility. If Assad – the source of evil, if we may say – were overthrown, then the split would cease to exist, even if ISIS controlled most of Syria. This would bring all Syrians together to face the existential threat of the Islamic State.