The ongoing assault by the regime, Iranian militias and Russia has targeted health facilities in Idleb, crippling their ability to help injured civilians reports Alsouria Net. 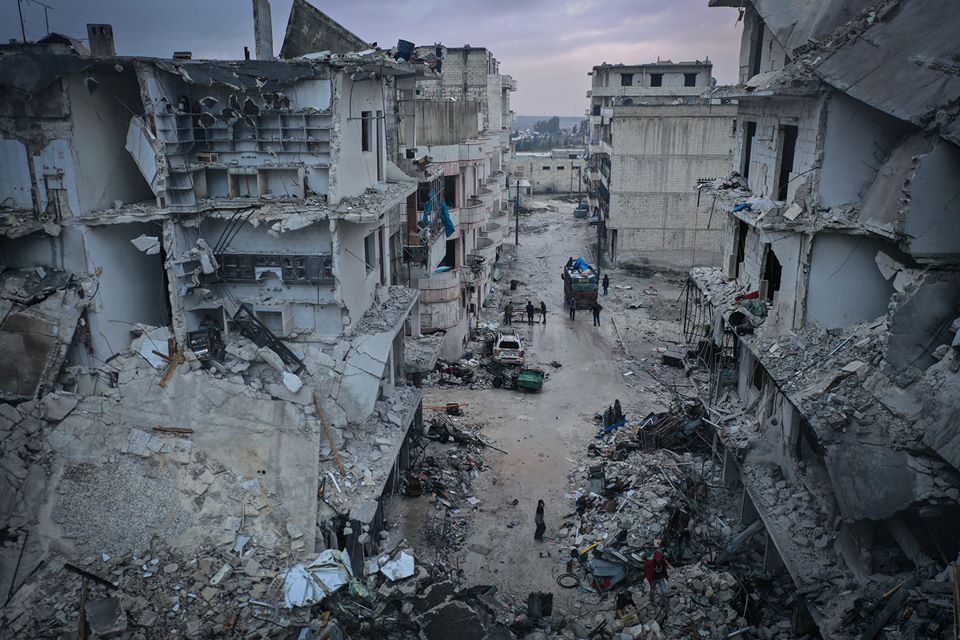 The severity of warnings has increased about the collapse being witnessed by the medical sector in Idleb province, with the intensifying recent military campaign and Assad’s forces and Russia striking hospitals and medical centers in the province, the weak capacities available and the retreat of the international community from supporting this sector.

The World Health Organization has warned of the health risks facing hundreds of thousands of Syrians who have been forced to flee because of the intensified fighting in Idleb, saying in a report issued on Monday that over January, 53 health facilities suspended their services because of a lack of security and threats related to the attacks or because of populated areas turning into vacant areas after their residents were expelled by bombardment.

The head of the media center in the Idleb Health Directorate, Emad Zahran, told Alsouria Net that the health situation in Idleb was “very bad,” adding that the southern countryside of the province had become entirely emptied of any medical point because of the systematic bombardment carried out by regime and Russian warplanes.

According to Zahran, more than 49 health facilities were struck in the countrysides of Idleb, Aleppo and Hama by the regime and Russia, 21 of them destroyed entirely and going out of service in the period between April 2019 to today.

He added: “Ninety percent of residents of the southern Idleb countryside have been displaced to northern areas, while there is still a not insignificant number of people unable to flee because of their poverty, and are deprived of any medical services there.”

Needs are many times above capacities

In light of the limited capacities, the Idleb Health Directorate and organizations working in the area are trying to respond to the poor medical sector in the area by taking measures to contain the crisis.

Zahran told Alsouria Net that the directorate had taken a number of measures, including moving all medical points which have not been struck by bombardment to areas where displaced people are gathered in northern Idleb, as well as supporting the medical centers already in the north through contact with international groups to secure additional support.

Zahran said that the medical situation had been affected by the lack medical support offered, saying that international support had been reduced by 40 percent in 2019 over 2018, while the need for medical services had increased greatly over 2019 as a result of the military campaign on the area.

The German GIZ organization at the start of last year suspended its support for health projects in the provinces of Hama, Idleb, Aleppo and Lattakia, which has led to voluntary work.