A women from Aleppo had her former lover arrested by the police and stood by as they tortured him to extract a confession writes Hashtag Syria. 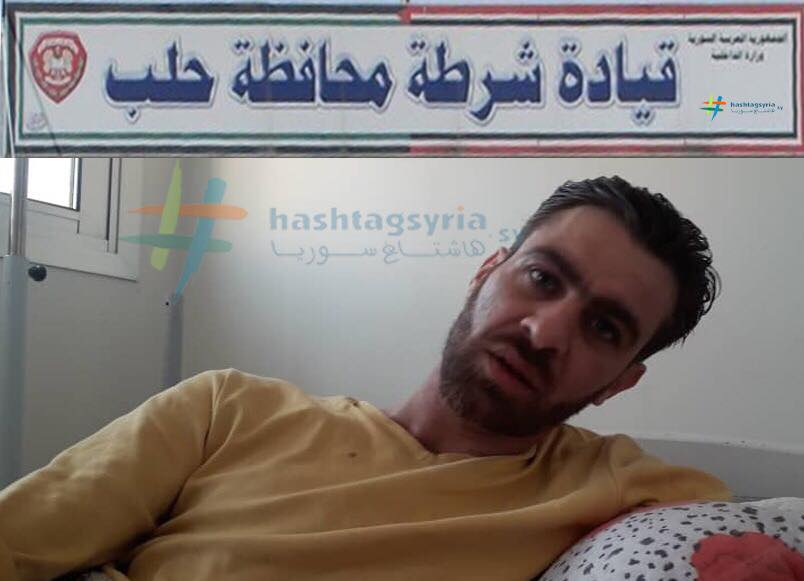 Pursuant to the law and as is customary, plaintiff Nesrine R. filed a complaint to the al-Aziziyah police department in Aleppo, claiming several allegations against her former lover Hatem G. with the aim of having him arrested and investigated.

In response to the claims, the police station arrested the defendant and brought in for questioning. But once Hatem was arrested, the real intention of the matter was revealed.

The officers of the al-Aziziyah police station, in a flagrant abuse of their positions and power, carried out in the presence of the claimant the “flying carpet,” a primitive method of torturing, and beat him until he confessed to what they and his “lover” wanted.

Hatem told Hashtag Syria’s reporter: “After this barbaric torture, I felt sluggish and exhausted from the effects of the torture. I didn’t try to move because I was so exhausted and I wanted to sleep. It didn’t even occur to me that fate had rendered me disabled on more than one level.”

He continued: “When I discovered that I couldn’t urinate, despite needing to, none of the jailers paid any attention until I shouted loudly and told them I couldn’t do it. The head of the section came and called a doctor, vowing to ‘break my head’ if I wasn’t being honest.”

Hatem said that, “when the prison doctor arrived, he didn’t pay any attention to my request and asked them to treat me for the hemorrhoids I had developed, and then sent me back. The pain increased and I had to urinate but was unable, and so I shouted louder until they met my request by transferring me to the hospital with an armed patrol as if I was a killer.”

Hashtag Syria’s correspondent had previously covered another police station in another province, which was in an area infested with thievery. One man was killed in an ambush, leading the Interior Ministry to boast in statements about arresting the gangs.

The citizen died quietly, no one hearing him despite the noise from his brothers who were prevented even from visiting him in the hospital and taking a last look at him lying on the table in intensive care because of a shot to the head.