Visitors to markets are finding that the quality of food is dropping and the weights are decreasing, while the cost remains the same reports Brocar Press. 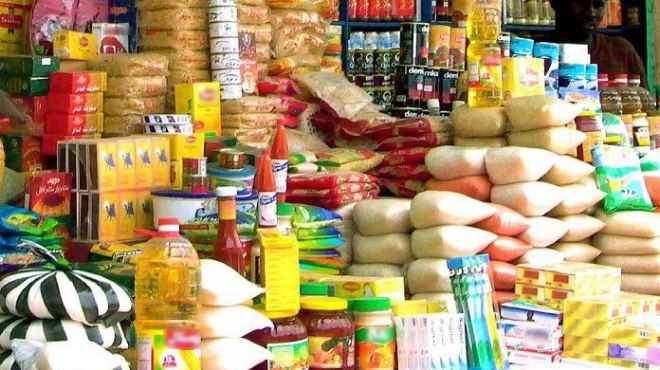 Goods and products in Damascus are seeing major changes, from the price of the product to the size and quality. Manipulation of weights and quality of the food itself have become a phenomenon about which many citizens complain. During the crisis, traders have resorted to these methods in order to make huge profits in light of the growing economic crisis and the crazy increases in the prices of goods.

The rate manipulation has increased to an unprecedented degree in the markets—especially the popular markets and on the sidewalks and public streets. Selling adulterated goods and semi-damaged products has become a phenomenon about which Syrians complain.

Abou Ahmed, one of the citizens suffering from this phenomenon, told Brocar Press that the citizen was “forced and compelled” to buy the goods despite their manipulation, adding that many traders and importers will “manipulate the weights to trick to consumer into lowering the price.”

Some foodstuffs which are sold in the markets do not have a clear expiration date, and no one currently knows what’s happening in the markets and how the goods are priced, or what the real role is for monitoring agencies—especially given that the price is rising above all decisions and promises.

Many people complain about the spread of manipulated foodstuffs as their prices increase, especially for labneh, tahini, oils, fats, tomato paste, and juices.

Nesrine, a housewife, said that the rate of manipulation of foodstuffs had increased—for example, tomato paste used to be thick but now it was “almost liquid” and the same was true for tahini. Cooking fats are inconsistent, and contain “chunks of granules” as well as having an “undesirable smell.” The “quality has gone” from cheeses in yogurts, with labneh having “no taste at all” and cheese “inconsistent with the illogical price.”

The regime’s Ministry of Internal Trade acknowledges the increase in manipulation in the markets and has repeatedly announced “monitoring campaigns” to “regulate a number of markets and factories which contain corrupted and adulterated goods and foodstuffs.” Despite this, the problem has increased.

The phenomenon coincides with the crazy increases in prices in the markets, given the crises caused by the lack of monitoring and a certain class of traders monopolizing control over the matter. They comprise a class that is concerned with nothing but making money at the expense of people suffering from the depredations of war, exploiting the fact that the country is in a state of imbalance.

The manipulation of consumer goods in terms of type, amounts, packing date and quality, as well as prices that have reached “crazy thresholds” was a natural result of the attempts by traders to play with the fate of consumers and think about quick profits at the expense of good quality and health, which has confused matters, with the citizen in one place, the product in another, the trader in another, and the state, unfortunately in an another—and everyone doing what he pleases.

Most citizens agree that the solution lies in the hands of state agencies in terms of serious and quality monitoring of the markets and prosecuting corrupt traders and not tolerating any complacency of anyone trying to harm the sustenance of citizens and the quality of products. The citizens should always monitor—even if indirectly—and make complaints if a producer, trade or seller is proven to be engaging in the manipulation of quality or prices, in order to ensure a good service relationship between the consumer and seller and work to rebuild trust between them.

With monitoring agencies falling short in carrying out their role and the spread of manipulation of most goods and foodstuffs and the increase of prices, the citizen will be forced to make purchases without conviction, telling himself, “complaints to anyone but God are humiliation.”