A video showing two children mistreated by the police in Afrin has created an uproar, highlighting the importance of social media in the distribution of information, a Brocar Press story shows 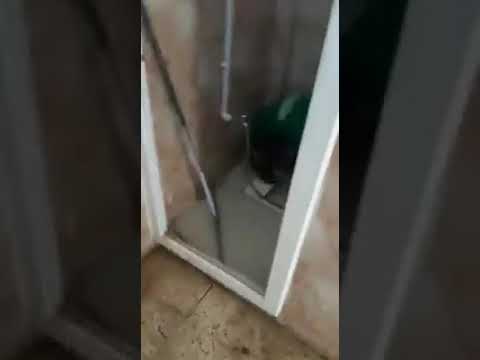 A video recording of two Syrian boys, who are accused of raping a child, cleaning a police station bathroom in the Sharran district in the countryside of the city of Afrin in northern Aleppo has sparked anger and condemnation among Syrians on social media.

The chief of police in the Sharran district, Lieutenant Colonel Osama al-Hamoud, said that an investigation was underway with a policeman and an officer involved in the case.

Hamoud told Brocar Press on Saturday night that the error had occurred when a police officer took the two boys to the bathroom to handle their needs, and then forced them to do clean the bathroom, because he was affected by their crime, which involved assaulting a 10-year-old child.

The video, which circulated on social media, showed the two prisoners forced by a policeman to clean the bathrooms. Activists and observers considered this to be an insult and violation of “the rights of the two children” regardless of the charges levelled against them.

A statement on Friday by the Police Forces and National General Security said that the two prisoners were held for the crime of raping a 10-year-old child and that they had been transferred to court. But the medical report on the child’s condition confirmed that the assault was external and that a full case of rape had not occurred. The statement said that this had been an individual behavior by a police officer and that he would be held to account.

The officer on duty with the policeman is under investigation after a report against him, according to Hamoud, who noted that the officer had not been aware of the act at the time. It is expected that the abusive policeman and negligent officer will be transferred to the judiciary.

He added: “It is our duty to protect civilians and any act that harms the revolution and is contrary to our work will be tried. The spirit of the revolution runs in our veins and every error will receive its punishment.”

According to the statement, the video’s date was June 17 of this year—although it was only circulated widely on social media over the last few days—and since that date the police forces have not moved to hold the perpetrators to account.