Following her recent announcement that she had been cleared of cancer, Asmaa al-Assad was interviewed about her treatment and the situation in Syria writes Al-Modon. 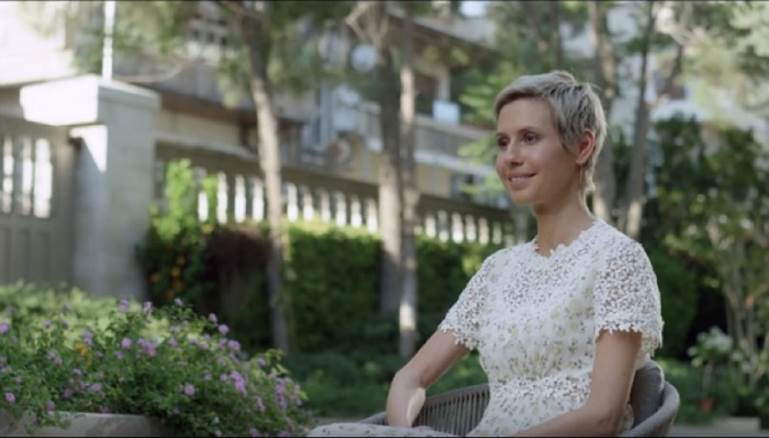 Asmaa al-Assad, wife of Syrian President Bashar al-Assad, focused her recent media appearance on the soft power style which she has adopted since 2000, when she changed the regime’s old direct and raw propaganda. The “Lady of Jasmine” declared that she was free of cancer, and adopted a direct style in an unfamiliar manner, to comment on the political situation and the country’s future.

Since the announcement that Asmaa had cancer last year, it seemed as if the regime was exploiting the ailment to spread propaganda at her most physically vulnerable moments. Asmaa seemed for the moment to be a victim of this regime, even if she was an integral part of it, as it forced her to play a propaganda role to brandish the image of her blood-stained husband, as has been the case since the start of the Syrian revolution in 2011. But she then swept away all those doubts, because she was fully convinced by what she was doing.

Some of the information was doubted by many, or was at least thought to be old information. Asmaa said in her interview for instance that her cancer treatment shined light on the development of medical treatment in Syria, despite the blockade and sanctions and the “systematic targeting of medical staff,” which is a precise expression used in all rights reports on Syria when discussing the regime’s bombardment of hospitals and the targeting of doctors in particular in opposition areas over the war years. This cunning truncation may explain how the regime makes propaganda, at least in terms of language.

Despite the change in Asmaa’s role at this time, she is still part of the regime’s soft propaganda. The announcement of her cancer this year was itself an embodiment of this role—especially given that the regime, for example, did not announce when Hafez al-Assad developed cancer, which took his life in 2000. This transition, smoothening, and sequencing that characterizes official propaganda shows the gravity of the evolving regime, which has been a cumulative feature displayed by the regime since it took power in Hafez al-Assad’s military coup in 1970.

Asmaa al-Assad’s interview bore a tacit acknowledgment, for the first time from an official regime personality, of the chemical weapons attacks against civilians the country, which was far from entirely logical, and bore no vision of reality.

At the end of the interview, broadcast by official television and on the Presidency of the Syrian Arab Republic social media page on Saturday evening, the interviewer, Liza Diyoub, who also survived a cancer diagnosis, asked Asmaa about her view of the comments about her illness which said that she was “tasting what her husband made people taste,” which commenters took to be a reference to the use of chemical weapons and Asmaa’s chemotherapy treatment.

Asmaa’s answer was not to deny or to question what was meant by the phrase “what her husband did to the people.” Asmaa went past the question and turned it into a strategy to make a proactive attack by saying that all those who commented negatively on her illness were traitors and that nothing could be hoped for from those who had sold out their land and nation and took up arms against their “Syrian brothers”—this is a classic style her husband has relied upon when he has had similar questions put to him by foreign media.

Asmaa was also eager, as usual, to play the role of the “Lady of Jasmine” to the extent of wearing a dress patterned with jasmine flowers, a model of perfection and an example to normal people. She is attempting to send a message to the public and put herself above everyone else. Although it’s impossible to ignore the amount of fabrication in this media image of Asmaa, regime loyalists still view her with admiration.

In the interview, Asmaa focused on the idea of the general sympathy of her among supporters, which was an evaluation that came not just because she is the “First Lady” but because she “preferred to receive her treatment in Syria” rather than “fleeing abroad,” in a comparison with Syrian refugees whom she described as ungrateful. She may not have expressed this comparison explicitly, but it could be felt in her comments, in the interview and in the appearances she has made since she was diagnosed with cancer, and the videos and pictures which documented her treatment at the Military Hospital alongside the “wounded soldiers of the Syrian Army.”

In light of that, Asmaa’s recovery from cancer may be used as a tool that in that in the end could be more evil than the cancer itself, from which she was saved, unlike the tens of thousands of Syrians who have been killed because of the crimes of her family and her husband’s bloodthirstiness. Therefore the calls for criminal trials of Syrian regime figures, including Asmaa al-Assad, remain necessary, in order to achieve some sort of justice someday, while the “divine justice” that some romantics hope for, remains elusive .