Families in Damascus are struggling to put food on the table during Ramadan due to the dire economic conditions that are plaguing the country writes Damas Post. 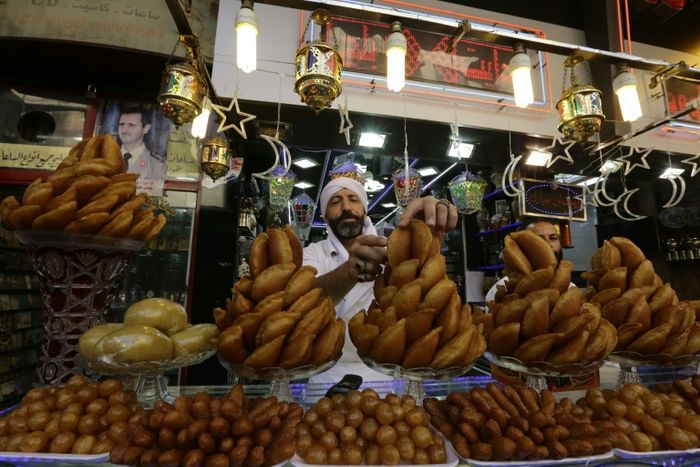 With half of the fasting month of Ramadan passed, it seems that the living conditions of citizens has reached rock bottom. Syrians can no longer even count the number of painful blows their pockets have sustained because of the wild inflation that has affected all foodstuffs and commodities in the month of Ramadan, and which has pushed them, naturally, to declare “bankruptcy” after the first few days.

Syrians have refrained from traditional dishes, which had been a source of joy in Ramadan, only eating one or two types of Iftar meals at most.

Traditional Syrian dishes have disappeared from tables one after another—as have sweets and fruits. Ramadan juices have been limited to just one type per day for most families.

Low-income families forgot the taste of meat a long time ago, with the price of a kilo of mutton ranging between 6,000 and 7,000 Syrian pounds—while it 2011, it had cost 450 pounds. This has forced citizens to pay close to a quarter of their income to buy a single kilo of meat.

The government excuses have been worse than the original fault, as it has blamed the citizen for the rise of prices in the market. The Deputy Internal Trade and Consumer Protection Minister, Jamal Shaib, said that there are customs that appear difficult to get Syrians to give up, including them being willing to buy large quantities of their Ramadan needs a few days before the month arrives—and this affects supply and demand and in many cases creates an increase in the prices, which soon go back to what they were after the first week of Ramadan.

The Syrian economy has seen high rates of inflation throughout the war years, which has affected all aspects of life. According to the latest Central Bureau for Statistics reports, the inflation rates for individuals and families in May 2018 reached about 788.8 percent, with the base year being 2010 as measured by a basket of consumer goods according to the bureau’s statistics.