The Iran backed militia, Liwa al-Baqr, have secured a firm grip over many parts of Aleppo, weakening the influence of Russia and their Liwa al-Quds militia reports Al-Modon. 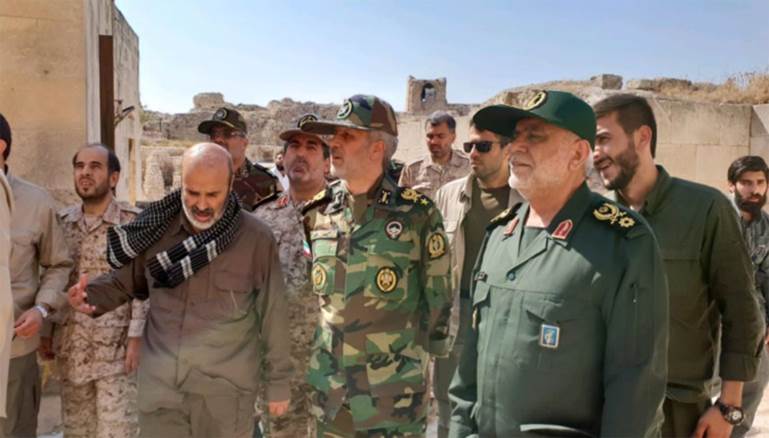 The Iran-backed Liwa al-Baqr militia in Aleppo, where the regime took control of the eastern districts at the end of 2016, has expanded recently. Liwa al-Baqr has seen an increase in the number of its fighters and the positions where they are deployed in the city and countryside.

The militia owns commercial, residential and agricultural properties inside the city and in the surrounding countryside, some of which were purchased recently. It has also obtained some properties by force from members of local tribes and forcibly displaced people. Liwa al-Baqr has an active presence and participation in various service, security and military sectors in Aleppo. The militia and its base have become a part of Aleppo’s social fabric, and have associations, religious institutions, and run special cultural activities. They have begun to openly practice their Shia rituals in a number of districts they dominate.

When the fighting stopped in Aleppo and a large portion of the Iran-backed foreign militias withdrew, the Revolutionary Guard moved to support local militias and push them to bolster their presence. Liwa al-Baqr was one of the three local militias backed by the Aleppo Defenders Corps.

Liwa al-Baqr leads the tribal militias in Aleppo. It has been organized, armed and supported by the Revolutionary Guard and the Iraqi Popular Mobilization Units in imposing its hegemony over the tribes in Aleppo and its countryside, such as the al-Hadeedeen, Bari and al-Asasneh, who have been forced to follow the leadership of the Liwa al-Baqr command. Liwa al-Baqr’s influence has recently come to dominate that of other tribes, and it has been enabled in that by receiving the privileges that tribes close to the regime and security agencies receive, such as membership in parliament and the governorate council, and in local administrations in the countryside.

In mid-2018 there was a tribal conference held in the eastern districts of Aleppo under Liwa al-Baqr, which was attended by sheikhs and representatives of the Arab tribes in Aleppo and its southern and eastern countrysides. The conference served as a swearing of allegiance ceremony to Liwa al-Baqr and a recognition of its hegemony over the other tribes of Aleppo and their countryside.

Hundreds of its fighters and members have recently undergone training courses in Iraq over the last quarter of 2018 in special camps run by the Revolutionary Guard. In February, various brigades concluded training in infantry, urban warfare, and heavy weapons at camps in the al-Safira countryside and the Azan area south of Aleppo. The training operations were run by Hezbollah commanders.

Liwa al-Baqr’s relations with other militias backed by the Revolutionary Guard in Aleppo are not competitive, and the militias’ commanders are eager to oversee and attend religious activities and events jointly. These local militias are an obstacle for Russian influence, which supports the Liwa al-Quds, which is relatively weak compared with the Iranian militias.