Visitors from Arab countries have risen sharply in recent months, while tourists from European countries are also starting to explore the country writes Al-Watan. 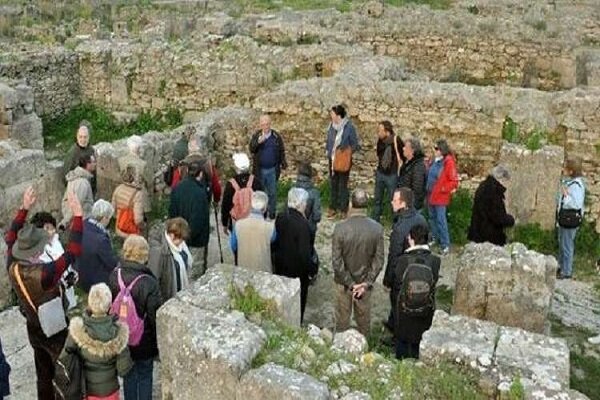 Syria’s Deputy Tourism Minister, Bassam Barsik. said that a number of French tourist groups had visited the country at the start of the year, adding that more groups were expected later in the year and called for the necessary measures to be taken for that.

Barsik told Al-Watan that some Spanish tourism offices were doing visits to the country because they are equipped to send full tourist groups. The same thing applies to Italian tourism. He added that there were some Italian offices which were equipped to send tourist groups and that a large number of French companies had expressed their desire to work with Syria and had sent Syrian tourism and travel offices the names of delegations and the necessary identity papers to receive tourism delegations.

He said that other tour groups from the Netherlands, Switzerland and elsewhere had come, but not continuously. He said that it was expected that French, Italian and Spanish tour companies had the ability to send tour groups all year round, and noted the importance of Syria reentering the international tourism market.

Barsik said that Arab tour groups were currently limited to religious tours. He said that most of them came from Iraq, Lebanon and that some tourism came from Kuwait, Bahrain and Saudi Arabia. He said that more than 100,000 Jordanian visitors had entered over the last two months of 2018, coinciding with the reopening of the Nasib border crossing. He said with the end of 2018, there were tourism arrivals for recreation and shopping, especially from neighboring countries such as Lebanon. He denied that there was progress being made to entice Egyptian tourists.

Barsik said that an Italian company had met with the Syrian tourism offices to obtain offers for tours inside the country, noting that the messages from the company indicated that it was ready to send tour groups soon.

Barsik said that the Ministry was following up on the work of the tourism and travel offices through reports it requests from tour guides for each tour, as well as securing the necessary official documents and paperwork, and the necessary approvals for each office in coordination with the relevant authorities.

He said that the Ministry had signed an annex to the agreement with the Hajj and Pilgrimage Organization to increase the number of religious tourists coming from Iran, as well as participating in foreign conventions, preparing for tourist days in some countries that could be sources of tourism. There are also meetings being held with tourism and travel offices and airlines to attract investment. He added that there was cooperation with foreign offices, inviting them to visit the country with the costs of their tours inside the country covered. He noted that all these measures were within the framework of tourism promotion.

He said that 1.8 million visitors had entered Syria last year, adding that some of them came for tourism purposes and others entered for a single day—that is, they entered and exited on the same day, most of them holding Lebanese citizenship—and some were for other non-touristic purposes.

Barsik said that conditions did not allow for statistical surveys, especially with regards to border crossings. It was also not possible to allocate budgets for this purpose or to send people to conduct surveys. He added that work had begun to restore work on statistical surveys in order to obtain precise figures. He said that figures on the number of visitors could be used now, since they give information on the numbers and the country of origin of those arriving.