The recent report by the OPCW was compiled following a suspected chemical weapons attack on Douma in eastern Ghouta, during the offensive to retake the area writes Al-Watan. 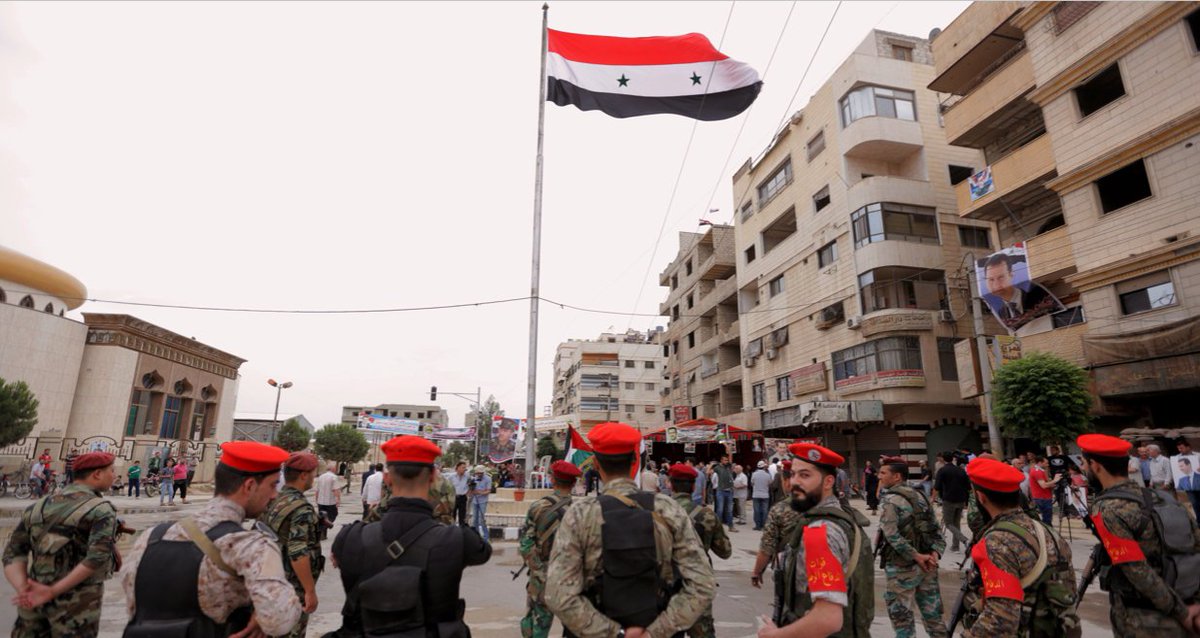 As units of the Syrian Arab Army prepared to enter Douma to clear it of terrorists last year, the hostile powers supporting and investing in the terrorists hurried to instruct special groups they led to fabricate a farce, using chemical weapons in order to stick the blame on the Syrian Arab Army, and later use this as a pretext to carry out attacks on Syria and to intervene militarily and prevent the cleansing of Douma.

They did do this, but they failed, despite their aggression, to stop the Syrian operation which succeeded in cleansing Douma and all of eastern Ghouta of terrorists. It was expected that after the possibility of safe access to Douma had been achieved that the truth would be revealed and the fabrications exposed. But unfortunately the world was shocked by the opposite of what had been expected.

The truth, confirmed by all data and all material and analytical evidence proves that the Syrian Arab Army had no role in what was said to be the use of chemical weapons. But the United Nations report through its special agency, the so-called Organization for the Prohibition of Chemical Weapons (OPCW) came out with a report antagonistic to truth and transparency and seemingly meant to acquit the real perpetrator, the terrorists.

Here we find once again, that international organizations, which are still working under Western pressure and oversight, with direct instructions from the United States, have not departed from their alignment with bias and negation of the truth, in the service of colonial interests and of exhausting the interests of the people who cling to their freedom, independence and sovereignty.

In The Hague, they tried to conceal the truth and to flip matters around, but Syria and Russia, through their representatives in the organization, were on the lookout. They explained how the agency’s report avoided the truth and then presented irrefutable evidence proving the extent of the report’s bias and lack of transparency and professionalism and its sacrifice of the truth on the altar of interests.

What the OPCW did in Douma was a continuation of the behaviour that fails to inspire confidence and erodes confidence in the organisation and shows the it cannot be relied upon. It forces countries hostile to America to depend upon themselves and to not seek for international justice to be signed with American ink.