Recent movements in the market has caused the value of the Syrian pound against the dollar to slip down even further, with a further decline expect writes Business2Business Syria. 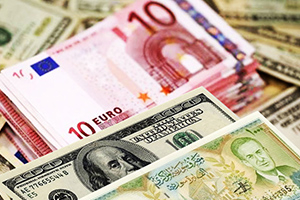 According to a report by the Damascus Center for Research and Studies (DCRS), which B2B Syria obtained a copy of, the reasons behind this swift decline lie in several factors:

1.    Increasing indications that the United States intends to impose a new package of economic sanctions on Syria (the Caesar law) which also stipulate the imposition of sanctions on all those who participate in Syria’s reconstruction, along with the European Union imposing new sanctions on a number of companies and Syrian businessmen, which has created a state of fear and confusion in the market.

2.    Increasing demand for US dollars in the local market to secure necessary funding to import some basic items such as oil products, gas and wheat.

3.    Increasing preferences in the market to hold on to positions in US dollars ahead of the Chinese New Year holiday for 2019 and the need for Syrian importers to be ready to return to their operations after the market holiday ends with the beginning of the new year.

4.    Increasing speculation and expectations that the Syrian pound will register more losses in the future.

5.    Returning demand for gold and US dollars to hedge out of fears of a major decline occurring in the Syrian pound price which will cause the value of peoples savings in pounds to fall.

6.    This is all accompanied by the market continuing to observe the recent prevailing military, security and political developments, especially in northern Syria.