The protests in France have been raging for a number of weeks now, with many calling for the resignation of President Macron writes The Syria Times. 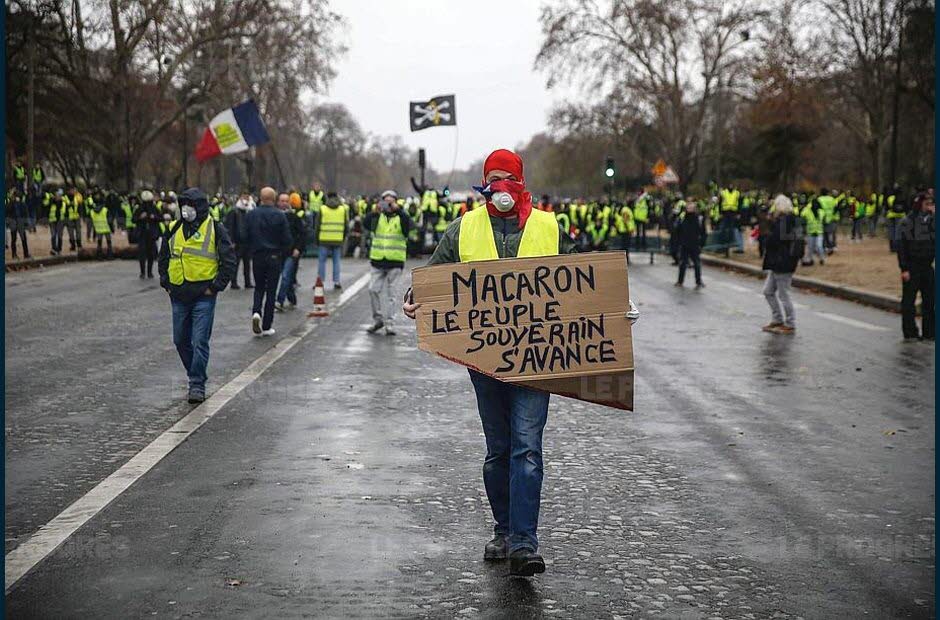 Nearly 31,000 people have reportedly joined  the “Yellow Vest” anti-government protests, which started on Nov. 17, 2018, in France, amid the failed attempts by the French government to contain the crisis with an extensive crackdown and mass arrests.

The Syria Times interviewed the retired French Colonel Alain Corvez to talk about the goals and causes of the protests and how it will end.

“The main goals of the protests are against tax increases, but you can guess that it is also against the EU, even if it is not expressed, because everybody knows that French laws are the expression of Brussels’ technocratic regulations,” the retired colonel said.

He affirmed that French politics do not feel France and the deep roots of French people. They are like oligarchs living in an artificial world seeing the EU as the best future for France.

“When Macron said during his election campaign and since that he has been elected by a kind of media plot, and that he will do his best to accelerate the European construction, he meant he will accelerate the destruction of European nations, starting with France, to integrate them into a federal organization, cancelling the sovereignty of nations,” Mr. Corvez stated.

He described the French government as a ‘technocratic’ one, which is incapable of empathising with the deep feelings of simple people who have to fight to feed their family every day.

The retired colonel asserted that there was no foreign intervention needed to start the genuine movement of protestors against a government that does not understand their grievances. But he pointed out that the bandits, black blocks and others could be now supported by foreign organizations like the Muslim Brotherhood.

He ruled out the involvement of the Soros because his constructions are being attacked.

Regarding the protestors’ call for the French President Emmanuel Macron’s resignation, the retired colonel made it clear that Mr. Macron no longer has any legitimacy to go on with his reform plan and should therefore leave.

“80 precent of public opinion is against him. It’s a pity because some of his internal reforms were good and necessary,” Mr. Corvez said, criticizing what he described as the ‘catastrophic’ foreign policy of the French President.

“Mr. Macron thinks that France cannot exists by itself and must be merged into a supranational organization like the EU. He already contemplated sharing an EU seat on UN Security Council with Germany and building up a European Defense, sharing our nuclear deterrent with Europe,” he added.

The retired colonel concluded by raising the following question, “Whom in Europe would press the button with us?”