Courts in Damascus have seen an increase in the number of older couples wanting to get married, some who have a significant age gap reports Al-Watan. 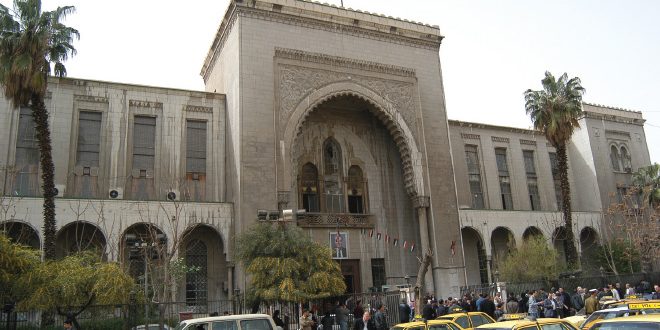 Judicial sources have revealed that in Damascus, there are two cases per day of individuals over the age of 50, who want to get married, and in some cases they are over 60 years old. The sources said that these were accepted as long as the ages between the couple was comparable and there was not a major difference in age.

Speaking to Al-Watan, the sources said that some strange cases had appeared in front of the courts, including one of a man who claimed to be over 113 years old and who wanted to marry a woman who, at 55, was 58 years younger than him. They said there were other cases where the man was very old, although younger than this particular case.

The sources said that every day a marriage process is rejected in Damascus because of the age difference between the two parties, adding that they are rejected even if the father agrees to this marriage, because they fail to meet the marriage requirements, causing the judge to reject the marriage.

The sources added that marriage can be approved, even if the man and women are older, and even if there is a big difference in their ages, such as a man who is 70 years old and a woman over 50. They said that there is no harm in these marriages being completed, adding that if the woman is of usual marriage age and there is a big difference in age then they are usually not approved.

The sources said that customs dominated the positions of fathers in the marriages of their daughters to men with a clear age difference, especially in the countryside. They added that the issue relates to the culture.

The sources said that some fathers agreed to their daughters marrying men with more than one wife, noting that the woman is in a normal marital situation. The judge evaluates this case and mostly rejects them because of a lack of marital qualification.

The sources said that most marriage cases that come to the Damascus judiciary are for people over 30 years old, and sometimes more than that, because the current conditions play a large role in the matter, especially since there are many young men who cannot get married any younger because of the conditions resulting from the crisis which the country is enduring.

The sources said that marrying in one’s 30s is considered appropriate because the young man has entered a stage of maturity and is able to bear family responsibilities. They said that a man under this age needs care, in addition to the fact that many young people are continuing their university studies and this is also a reason for marriages being delayed into their 30s.

The sources stressed the issue of marriage requirements centres around the culture of the family, given that married life is sacred and the main nucleus to build a sound society in all respects.