Akkad al-Jabal has been creating a lot of admiration and questions on Facebook, but few know who he (or she) is 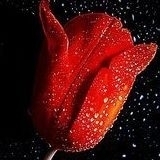 The aftermath of the Arab Spring is still providing us with new evidence of how powerful social media can be; and the Syrian revolution is full of such examples.

When the Syrian revolution started, many expected that the regime would kill the Internet and block more websites, including social media sites. It had already blocked more than 250 websites for political reasons. On the contrary, the regime kept it alive, and used it to support the brutal war against the opposition.

In the early days of the revolution, hundreds of Facebook pages came to life, many of them the kind of pages that ask people to “like” them, standing side by side with pages of famous Syrian activists or celebrities. But one of these pages has been considered as the unknown soldier of the revolution in social networking. It is not a page you “like”. He or she is your friend, my friend or a mutual friend of so many of us: it is Akkad Al-Jabal’s page.

The main mission of this person was collecting statuses, pictures and videos to share on his own page, turning it into the number one page of measuring the mainstream pulse in the Syrian revolution and leading eventually to his page being taken down numerous times by the Facebook administration as a response to the massive block reports from the Syrian regime supporters.

The frequent removal of the page as well as the appearance of many similar pages that carry out the same task in a more systematic way stole Akkad’s shine, and turned it into just another page out of thousands. But Akkad’s return did not take long. How did it happen?

The National Campaignfor the Relief of Besieged and Stricken Major Cities

One of the reasons for Akkad al-Jabal’s strong return was the campaign he started. While all of the major opposition groups were preoccupied with their internal political struggles, turning their backs on the sufferings of the Syrian people on the ground, Akkad suddenly launched a unique campaign on Facebook under the title “The National Campaign for the Relief of Besieged and Stricken Major Cities”. This anonymous, controversial character working behind a laptop from an unknown location has advanced one step further on the right path, putting most of the opposition in the corner.

The campaign involves three straightforward steps: "Donate, announce the amount donated and encourage others to do the same”. But  how to pay, whom to pay and the mechanisms of delivery need more effort from everyone so that mistakes will be avoided.

To avoid any doubts or suspicions, donations began publicly through posting on the page, with people writing their first name and the amount of the donation. Surprisingly, people from different countries around the globe participated; even though the number of people who liked the page is very small, the number of comments and real donations were surprising. Meanwhile, news agencies circulated comments from the page about people feeling ashamed because they couldn’t give more to the revolution, and the main report was about someone who donated on behalf of the martyrs of the Syrian revolution.

Who is Akkad al-Jabal? That is the question that baffled many people and has been kept a secret all this time; nobody knows who is behind that name. In one of his rare interviews via the Internet with the Netherlands Radio worldwide, Akkad al-Jabal answered questions and revealed some of his secrets, such as working on the page for more than 16 hours a day, and suffering from diabetes, and that he had no clue about using Facebook before the revolution; his son taught him everything and stood by him until he learned everything. But until this moment nobody has a clue about his religion or sect.

Anybody who googles the question “who is Akkad”  in Arabic will find many articles talking about that, but what triggered the rumors and gossip recently was a phrase that Dr. Yahya al-Aridi, a former head of the Syrian TV who defected recently, mentioned in one of his interviews after he got out of Syria. Aridi said that he was writing on Facebook under a pseudonym. “I may be selfish, but I still have parts of my family living in Syria. I would like to disclose the real name I’ve been hiding behind for the past two years, and say my opinion out loud about what is going on in my country clearly. I just want to remove the burden of my fake name – that I loved – because maybe my real name will make a difference to the hearts of those who are seeking freedom for Syria,” he explained.

After the rumors started, many people on social networking sites started claiming that they are Akkad al-Jabal on their pages, some of them sarcastically and others defending the name, in a virtual scene similar to the famous quote from the Spartacus movie: “I am Spartacus”.

Till this moment there is no clear idea of who stands behind that page, and maybe this mystery is one of the most important keys of its success. What is important is that an unknown soldier could do more than a whole army of opposition formed by the National Coalition, the National Councilor the National Coordination Committee.

No matter what the real name is,“EVERYBODY LOVES AKKAD”.