As usual, the regime will not let people enjoy happy events, such as the release of Tal 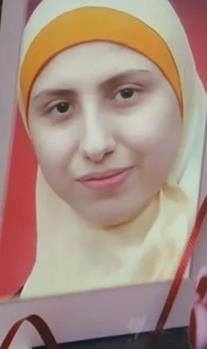 Too late now. The release of Tal al-Mallouhi came four years late. In the first place, she should not have been arrested, tortured, and sentenced to five years in prison. Today there are unconfirmed reports that Tal has been released from prison, but no one is able to confirm the news. Such is the kingdom of Assad—everything is vague and uncertain.

Tal al-Mallouhi was 17 when she was arrested in 2009. On December 27, 2009, she was forced from her home by Syrian state security officials. In 2010 she was sentenced to five years in prison on charges of spying for a foreign country. I do not want to imagine how she felt during the first days of her detention, and cannot imagine my daughter in her place.

In 2010, Tal was something like taboo. No one dared to talk about her as the security apparatus spread ugly stories about her and her relationship with the American embassy in Cairo.

What kind of information can a seventeen-year-old girl send a foreign government through a blog? What Tal had done, in fact, was to post poems and essays that focused on the suffering of the Palestinians, restrictions on freedom of expression, and her hope for peace in the Middle East.

Still, Syria's Al-Watan newspaper (which many believe to be owned by Bashar Assad’s cousin Rami Makhlouf) alleged in October that Tal had been behind a November 2009 assassination attempt against a Syrian security officer on a Cairo street. The attack left the officer disabled.

Shame!  Although very few believed the regime propaganda, the charge served as barrier preventing even human rights activists from defending her or speaking on her behalf.

I still remember one day in Havana Café, when a renowned human rights activist lectured me and a couple of other friends why human rights groups cannot defend Tal: “She is a spy,” he said. Even spies have the right to be defended; this was a fact the activist, now a leading member of the position abroad, did not know.

Not even a handful of lawyers agreed to defend Tal. Khalil Maatouk was one who did. Now Khalil himself is in prison. He was abducted from the street a year ago, and we do not know anything about him. [Defending] Tal was one of the biggest “mistakes” he had committed. When no one dared to defend her, Khalil did.

Tal had written articles on her blog saying she yearned to play a role in shaping the future of Syria, which has been under the control of the Baath Party for the last 50 years.

She had also asked US president Barack Obama to do more to support the Palestinian cause.

Mallouhi's arrest stirred up a storm in the Arab blogosphere, with numerous postings lambasting what was called indiscriminate repression in Syria.

Today, even upon her release, we cannot celebrate. During her absence the country has lost 125,000 Syrian victims killed by the regime, and the number is only expected to increase. Over 200,000 people are missing, many of them in the regime’s prison or kidnapped by radical lslamist groups. Five million people have lost their homes and are either displaced inside Syria or experiencing the worst conditions in the refugees’ camps in the neighboring countries. The infrastructure has been destroyed, and the uprising and war has had devastating effects on the economy. The country's GDP is estimated to have contracted by more than 50 percent, inflation is estimated to be above 100%, and unemployment is over 50 percent. Most analysts expect that Syria will take decades to fully recover from the conflict.

Tal was released as part of a deal to release Lebanese hostages who were seized by Syrian rebels in May 2012.

Two kidnapped Turkish pilots arrived in Istanbul after leaving Lebanon on Saturday and the nine Lebanese hostages freed from Syria landed in Beirut, completing a hostage exchange after months of uncertainty.

The Syrian Observatory for Human Rights said the government had released dozens of prisoners over the past few days as part of this deal.

In return, the regime was supposed to release some 150 female prisoners, who should not have been in prison in the first place. Still, even now we do not know the exact number of those who were released and those who will be released.

As usual, the regime will not help people to enjoy happy events. Tal al-Mallouhi is reportedly released, but we did not see a photo of her as we did with the Lebanese hostages or the Turkish pilots. Her family is unable to celebrate the occasion.

It was easy—the regime could have done it in a different way. But that would contradict what the regime is based on: hatred, indifference, and scorn for its own people.

Tal al-Mallouhi is free, the regime is not.