Director of Psychological Health at the Health Ministry: “Half the psychiatrists have run away!” 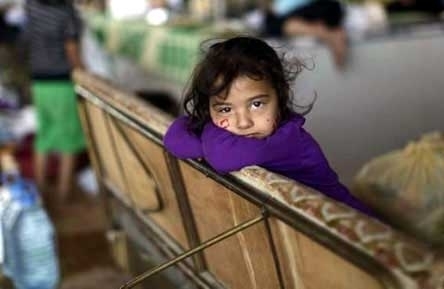 Dr. Mohammad Ramadan Mahfouri, the director of the psychological health program at the Health Ministry, says that the number of psychiatrists in public and private sectors in Syria has dropped from 70 before the crisis to around 35 psychiatrists today, only 20 of whom work in the public sector, while the rest work in private clinics.

In an exclusive interview with Al-Watan Mahfouri said that his ministry needs a substantial increase in psychiatric staff: the current need, during the crisis, is one psychiatrist per 25,000 citizens, while in normal conditions it is around one per 50-100,000 people, which is an international standard.

The Health Ministry is seeking to bridge this gap by holding training courses for physicians from different specializations, to enable them to provide the necessary psychiatric services.

By the end of last year, five such courses had been organized by the World Health Organization. They involved doctors from across the country, with around 30 doctors attending each course. While they have helped contribute to a small increase in the provision of psychiatric services, there is still a huge gap, and more training is needed to include doctors from different specializations, nurses, social workers from the Ministry of Education, and psychologists.

Mahfouri said that there are around 15 psychologists working in administrative jobs at the Health Ministry, work not directly related to their specialization.

“I believe these courses should involve all doctors in Syria, so that they can treat at least 10 cases, including depression, schizophrenia, psychosis, psychological stress, epilepsy and others,” he said. He said this would help prevent untrained individuals from continuing to work.

“We discovered that more than 90 percent of people who seek professional psychological help had sought the help of charlatans and sheikhs, who had given them amulets before referring them to a psychiatrist. Breaking the law like this increases in frequency during crises such as the current one and unless we train all doctors to provide psychological help and medication which, at the very least, won’t harm patients, we will be allowing these frauds to take advantage of the situation.”

He added that, “90 percent of psychological problems will disappear with the end of the crisis, or within a few months, so these charlatans become popular because people believe they have healed them.”

Before the crisis, he said, there were eight or nine psychiatric clinics in Damascus. Due to a shortage in psychiatrists, as so many have left the country, only four such clinics remain in the capital, but there was a lack of services even before the current situation, he added.

There are only two specialized psychiatric hospitals left in Syria, in Damascus and the Damascus suburbs, Mahfouri said. These are the Avicenna Hospital in Douma and the Ibn Rushd Hospital near the Abbasyeen bus station, the latter of which has been damaged by constant mortar attacks by armed terrorist groups.

The Ibn Khaldoon Hospital in Aleppo was inaugurated only two years ago as a model hospital and cost the state hundreds of millions of dollars but it has been raided by armed terrorist groups. They released the hospital’s 400 patients and gave some of them explosive belts to be detonated in civilian areas and at military checkpoints. The psychiatric hospital in Talkalakh also has been completely destroyed by terrorist attacks.

There were also two private specialist hospitals, in Al-Bisher in Harasta, and the Modern Psychiatry Hospital in Muleha. However these too have now closed due to the security situation. So, as far as the private sector is concerned, only psychiatric clinics remain.

The only specialist hospitals which remain are in Damascus and its suburbs. Psychiatrists who need to meet with their patients use rooms in a private hospital in Damascus, but only the most well off people can afford such services.

Demand for psychiatric medication has increased enormously during the crisis for two reasons, Mahfouri said. Firstly, some national pharmaceutical factories are no longer functioning, as they were targeted in terrorist acts. And secondly, the current situation and the related stresses and hardships it has brought have increased demand for psychiatric medication, particularly anti-anxiety medication and antidepressants.

Some conditions such as schizophrenia and psychosis have reemerged given the current crisis, so demand for the necessary medications for these has also increased. For example, if a stable schizophrenic patient is displaced, or a member of his or her family is injured, they may experience a relapse in their condition, requiring additional treatment.

Mahfouri added that large quantities of psychiatric medication smuggled into Syria during the crisis has been fake, with no active drugs in them.

Two years before the crisis began, Mahfouri highlighted, the psychological health directorate became a department. In retrospect, he said, this decision was a mistake, as the need for psychiatric treatment has only increased since the crisis began. Therefore it is important, he added, to reverse the decision so that the department can become a directorate again. This would allow it to carry on with its mission without so much bureaucracy and enable it to communicate directly with health directorates in various governorates, as well as oversee their work in terms of psychological health.

The stigma associated with seeing a psychiatrist has decreased since the crisis begun, Mahfouri added. “We can see this through the increase in the number of new patients seeking help, because they are suffering from depression or anxiety caused by the current events.”