According to Harb, today there are over one million registered Syrian refugees in Lebanon 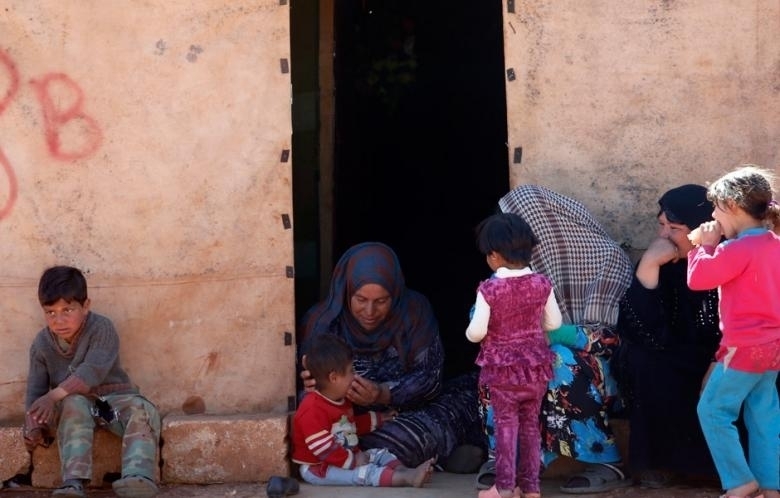 Over 90 percent of Lebanese in the areas of Wadi Khaled, Sahel Akkar, and the Bekaa Valley support restricting the movement, political freedoms, and work opportunities of Syrian refugees, and in some cases, a significant percentage of Lebanese support violence directed towards the refugees, according to a study examining the impact of the Syrian refugee crisis on Lebanon.

A study conducted by Dr. Charles Harb and Dr. Reem Saab of the American University of Beirut's Faculty of Arts and Sciences, titled “Casual Labor Initiative and Social Cohesion in Akkar and Bekaa” sought to examine the outcome of a labor program that involved around 8,000 Syrian refugees and Lebanese nationals. They were brought together by international NGOs to develop various public works projects for informal tented settlements between last November and January of this year. Six-hundred Lebanese nationals and 600 Syrian refugees answered a questionnaire about their views of each other.

Furthermore, more than 75 percent of Lebanese want to deny Syrian refugees access to work and other opportunities within the country. According to the study, an overwhelming number of Lebanese nationals in the three geographic areas covered – Wadi Khaled, Akkar, and the Bekaa Valley – predominately view Syrian refugees as threats in numerous ways. The breakdown is stark and sobering.

More than 10 percent of Lebanese nationals surveyed in various areas within Akkar, Wadi Khaled, and the Bekaa stated they “highly endorse” violence directed towards Syrian refugees, and even violence towards the Lebanese government.

A clash of threats

The study also revealed that around 97.3 percent of Lebanese nationals in Wadi Khaled view Syrian refugees as symbolic threats – i.e., a threat against the perceived uniqueness of Lebanese cultural and value-systems. This is followed by 94.5 percent in the Bekaa and 94 percent in Sahel Akkar. Meanwhile, 83 percent of Syrian refugees in Wadi Khaled view Lebanese nationals as a symbolic threat, followed by 79.6 percent in Sahel Akkar and 56 percent in the Bekaa.

On a more profound level, 82 percent of Lebanese surveyed in Akkar see Syrian refugees as existential threats – meaning that the mere fact they exist in the area is perceived as being dangerous. This is followed by 66.1 percent in Wadi Khaled and 60.5 in the Bekaa.

While it is clear that Syrian refugees view Lebanese more positively, they predominately direct the brunt of their resentment towards international non-government organizations (INGOs).

“Around one-third of Syrian refugees surveyed view these INGOs as corrupt and a significant minority — scoring above 10 percent — support violence directed towards them,” Harb said.

He pointed out that the potential of violence by Syrian refugees towards Lebanese is limited by the structures of power in Lebanon, viewed as too strong, coupled with the fact that the scattering of the Syrian refugee population ensures a very weak network system between them.

The belief propagated by certain local media agencies, political officials, and private individuals are simply “scare-mongering” and do not conform with the realities on the ground, Harb added.

Lebanese nationals, on the other hand, are generally averse towards Syrian refugees, especially in Sahel Akkar which “maintains a red flag on all lines,” Harb said.

The initial aim of Harb and Saab’s study sought to provide a general assessment of the nature of the social interactions between Syrian refugee communities with their Lebanese counterparts, and map out indicators of social unrest between the two. It also assessed the success and failures of the Casual Labor Initiative, and sought to show how the initiative shaped and changed the perspectives and interactions between Lebanese and Syrians who were involved.

According to Harb, today there are over one million registered Syrian refugees in Lebanon.

Notably, more than 80 percent of the Syrian population do not live in informal tented settlements, rather they are scattered throughout the country where they fend for themselves and seek shelter within Lebanese cities, towns, and villages, particularly in areas close to Lebanon's underprivileged and economically vulnerable communities.

This fact suggests that the brunt of shouldering Syrian refugees have fallen to communities in Lebanon whom themselves are already in a difficult position.

“About one-quarter [of Syrian refugees] do not receive any aid. What do you expect them to do?” Harb asked.

The propensity to support violence against Syrian refugees by Lebanese nationals somewhat decreased after the individual’s participation in the Casual Labor Initiative.Once personal contact was made and camaraderie was formed in a positive work environment, negative perceptions do shift.

But the Casual Labor Initiative itself was not a completely perfect endeavor, Harb cautioned.

If the Syrian conflict were to end tomorrow, refugees would still not be able to return to their homes for at least half a decade.The labor initiative, which paid the Syrian refugees and Lebanese nationals involved, was carried out over the span of ten days within various informal tented settlements in Wadi Khaled, Sahel Akkar, and the Bekaa valley – all areas in which a large portion of Syrian refugees are located.

Harb acknowledged that the study showed that certain teams of Lebanese and Syrians refugees refused to work together in the initiative, and that team leaders selected were always Lebanese, which in turn caused forms of recruiting biases to arise.

Nevertheless, if the initiative does continue and is reworked to deal with these failures, it could potentially help ease simmering discontent.

Today’s situation is “explosive and tense” Harb said, adding that without an immediate solution – whether by the Lebanese authorities or others – certain parts of the country in which Lebanese nationals and Syrian refugees residing side-by-side could slide into large scale violence.

And the problem will not simply vanish in the short-term. . Another panelist during the session, Rima Rassi, program coordinator for IFI's Refugee Research and Policy in the Arab World Program, pointed out that the Syrian conflict is projected to last until 2020 or beyond.

“If the Syrian conflict were to end tomorrow, refugees would still not be able to return to their homes for at least half a decade,” she said.

Ultimately, Rassi argued, what is needed is a durable and effective solution, shaped by a “holistic vision” oriented towards the medium to long-term. Without such a serious attempt by all the stakeholders, Lebanon’s gradual implosion will continue.