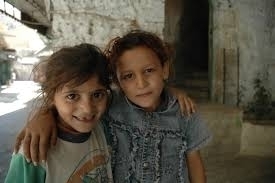 “We request that under no circumstances, and regardless of the documents or papers which the person possesses, are airlines allowed to transport a Palestinian refugee who resides in Syria. Any airline that does not abide by the decision will be fined, and the refugee will be returned to Syria.” This statement was issued by the Rafiq Hariri International Airport security on March 5, 2014. Prior to this statement, many measures prior were enacted by the Lebanese government to complicate the entry of Palestinians.

Even though around 400,000 Palestinian refugees have lived in Lebanon since 1948, many restrictions were imposed on them by the Lebanese government in the realms of employment and real-estate ownership. It had also neglected their camps. Their houses were dilapidated, full of refugees, and they didn’t even have the right to rebuild them. These camps lacked all the necessary services that any human population would need, even though Lebanon had signed many international agreements that require, according to international law, the elimination of racial discrimination. The practices and cruel racial discrimination by the Lebanese state against Palestinians were probably exacerbated by the influx of refugees coming from Syria, which included some Palestinians.

News about [the Lebanese government] preventing some Palestinian refugees from entering Lebanese territories was published by media and some non-governmental sources in August 2013. In fact, some cases were recorded in which the bad temper of the officer in charge, combined with his instructions, meant some Palestinians who had met all the impossible criteria were prevented from entering Lebanon. Some even had to wait for several days at the borders, hoping that another officer would come and allow them to cross. Many families were separated because of the Lebanese government’s policy against Palestinian refugees who had escaped the Syrian war, and some family members were allowed to pass while others were prevented for no reason. Others were prevented from entering Lebanon after they had gone back to Syria. Some of them needed to return for a while for different reasons including medical care, getting documents required by the Lebanese government, registering newborn babies, or meeting with other family members who hadn’t left Syria.

Hassan, 34, arrived in Lebanon in January 2014 with his wife and six kids, coming from the Yarmouk camp. “I have six kids between the ages of 18 months and 14 years, and our residence permits had expired four months earlier. My wife was pregnant and we didn’t have enough money to renew both our residence permits because it was very expensive. Since no newborn baby can be registered in Lebanon without valid residence permits for both parents, I had to pay the fees to renew my wife’s residence permit so she could return to Syria to give birth to the baby and register him there,” said Hassan. “Ten days after giving birth, my wife tried to come back to Lebanon through the Almasnaa boarder, but they wouldn’t allow her to pass even though she was alone with a newborn baby. We didn’t know the reason; she had all the required documents, including the residence permit and a confirmation that her family was in Lebanon.” It is a tragic case for his [separated] family because of this situation, and none of them can do anything to change it, as is the case for many other Palestinian families.

On May 4, 2014, the Lebanese authorities forced 40 Palestinian refugees to return to Syria, in clear violation of international law and the concept of non-refoulement. They were arrested at the airport with fake documents, so the Lebanese authorities returned them to Syria. During the same day, non-governmental organizations mentioned that Palestinian refugees who had been trying to escape from Syria were prevented from entering Lebanese territories through the Almasnaa area.

On May 8, 2014, the Lebanese interior minister issued a statement saying that “There is no law that prevents Palestinian refugees who reside in Syria from entering Lebanon or passing through its land.” The statement also included new instructions, [stipulating that] they should have an entry permit issued and approved by the general security, a residence visa valid for one to three years, and  exit and return permits—or they should have a plane ticket with a valid visa from a third country that allows their entry, which in this case allows them to have a 24 hour transit permit. Many NGOs that work with refugees have confirmed that meeting these conditions is very hard and very expensive.

On May 21, 2014, the Lebanese General Security issued an announcement telling illegal Syrian Palestinian refugees to “contact the General Security Offices within a month from May 22, to regularize their situation.” Many human rights organizations received information that the general security ordered the Palestinian refugees who contacted their offices to leave Lebanon within 24 hours, or in some cases within a week.

There is no doubt that the measures taken to prevent the entry of the people escaping from the Syrian war are clear breaches of Lebanon’s commitments to the law of non-refoulement, which is considered a customary international law obligatory to all states. The new conditions leading to displaced people being prevented from entering Lebanon are also classified as prohibited measures. The impossible fees and the non-approval of residence permit renewals are regulations based on national considerations and are violations of international law.