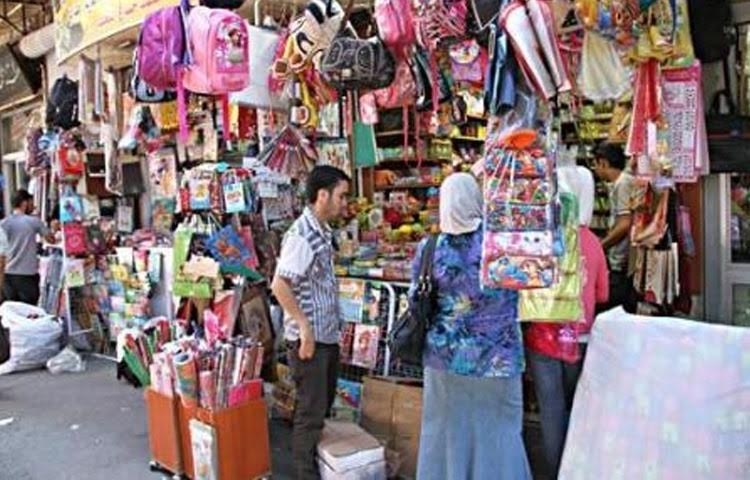 With the approach of the school year, markets have witnessed a steady trade in school supplies, including pens, notebooks, bags and uniforms.

What has differed since the outbreak of the Syrian revolution, however, is the low pedestrian traffic through the markets and a decline of purchasing rates. The economic situation of people who depend on local incomes can no longer match the inflated prices, as the dollar reached record levels against the Syrian pound this year.

A tour through Syria’s markets revealed that the price of a school uniform ranges between 4-7,000 Syrian pounds, depending on fabric quality and design. In brand-name shops, like Uncle Hisham and Comfort, prices reach up to 9,000 pounds.

Stationery prices have increased this year as well, with the cheapest notebooks priced between 150-300 pounds, while the average notebooks are priced 80 pounds. The price of a pen could also exceed 50 pounds, depending on quality.

A sketchpad is priced 1,000 pounds, while a box of colors pencils could be bought for 1,500 pounds.

After calculations, the cost of a single student’s needs can reach up to 15,000 Syrian pounds, the equivalent of three-quarters of the average salary. But what about Syrians with more than one child in school?

Traders attribute the rise in prices to the "usual reasons": the high cost of raw materials, (especially cloth), the high cost of production, the destruction of many workshops because of the war, the high salaries paid to workers and the "curse of the dollar".