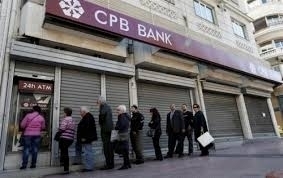 Every month, teachers in liberated areas of the southern province of Daraa risk being arrested because they have to visit the regime’s intelligence services before receiving payment from the Directorate of Education.

Teachers working at schools in liberated areas reported that they have to pass by a branch of the regime’s military intelligence service adjacent to the Daraa Directorate of Education; the directorate approves the release of their salaries.

A teacher working in a village in a liberated area of Daraa confirmed to Al-Iqtisadi that these procedures have persisted for more than a year, after the regime and local councils reached an agreement by which the regime would reopen schools in the liberated areas and pay teachers’ salaries exclusively through the Directorate of Education pending approval of the security and intelligence services.

Teachers added that many among them were arrested and disappeared for an extended period after visiting the security services to respond to a report or a query.

A representative of the teachers mentioned that many teachers who were active in the revolution or did not serve in the military still teach at schools but do not dare to receive their salaries from the directorate. The representative also said that the opposition has failed to support the teachers or provide compensation. This raises many questions regarding the opposition’s institutions that should assume responsibility for schools in the liberated areas.

Suhail, an activist at a local council, said that the issue of teachers’ salaries has been discussed several times; no potential sponsor, however, could afford the costs as the number of teachers in Daraa exceeds 10,000.

Suhail expressed his view that the regime offered to pay teachers’ salaries to strengthen its control over the liberated areas and the residents’ source of living. He appealed to businesspeople and the opposition’s institutions to intervene and support schools and teachers, as many of the teachers were arrested after visiting the Directorate of Education to receive their salaries.