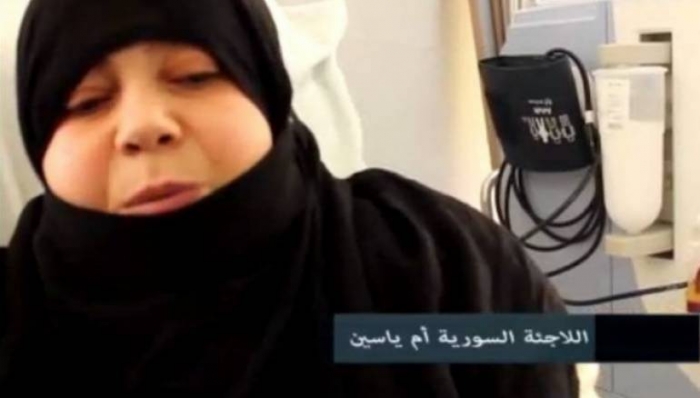 Mrs. Faiza al-Zardah, or “Om Yasin”, a Syrian refugee from Homs living in Jordan’s Mafraq city, said she suspects that medical malpractice by a Jordanian doctor caused her to experience kidney failure.

Om Yasin, who came to Jordan a few years ago, told Zaman al-Wasl that she was ill because of cold weather last year and was experiencing pain caused from kidney stones. She went to the Emirati hospital in Mafraq where she was given an injection of volatarin to ease her pain. It wasn’t until later that she discovered she was experiencing kidney failure.

Om Yasin said that she was transferred to Akila Hospital in Amman for dialysis treatment, but she suspected that the cause of her problem resulted from a medical mistake by the hospital.

She began to feel stress because of her suspicions, causing the hospital to refer her to a psychiatrist to observe her condition. Om Yasin was annoyed at the doctor’s suggestions that she was obsessed, asking her about the number of times she washed her hands and how many times she washed the cloth when cleaning the floor.

Om Yasin said: “I told the doctor that I am Faiza, and that my mental health is fine, you have damaged my kidneys, and when I asked about the doctor who treated me, you claimed that he left the hospital, and you have not forwarded me [to] another doctor to discuss my condition with him.”

She revealed she was angry that she needed financial help from people to pay for her dialysis treatment two times a week, 40 Jordanian dinar ($56) each session, as well as medication and vitamins.

Om Yasin mentioned that she was forced to leave her three-year-old child with her neighbors to go for dialysis sessions in Amman.

In the end, she regretted her condition had reached that state, as she felt she might have been treated in better way if she had been in her home country, commenting that her uncle had a kidney stone removed easily without complications in Syria.