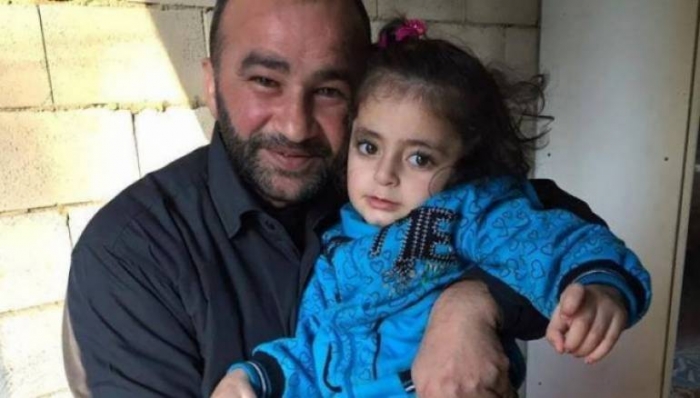 Maha Halawik, a 4-year-old girl from the town of Zarah in the countryside of Homs, has lost her ability to hear, speak and walk properly after being pulled from under the rubble of her home.

Mohammed Kassab explained that Maha was injured during the siege on Zarah at the beginning of 2014 when their house was targeted by a rocket. During the attack, a man tried to save her by throwing her to a secure place, but dislocated her left hip in the process, affecting her ability to walk ever since.

Kassab added that Maha's father died during the attack. Her mother and an eldest sister went to Lebanon, where another chapter of pain was opened.

Maha’s mother explained that she contacted most humanitarian and aid organizations to find support to treat her daughter but all efforts went in vain, until a Saudi doctor donated $2,000 to cover the cost of an operation to fix her hip after five months of waiting.

She is now recovering from the operation and undergoing physiotherapy sessions to improve her ability to cope with the prosthetic hip.

Following the accident, doctors discovered Maha was unable to hear, which also affected her ability to talk. Doctors hope that her nerves are still active and she can benefit from using the ear piece.

It is estimated that 11.5 percent of Syria’s population has been killed or injured since the beginning of the revolution in March 2011, the Guardian reported last Thursday, citing data from a new report from the Syrian Center for Policy Research.

Findings from the Center suggest that the number of deaths caused by war, directly and indirectly, reached to approximately 470,000, almost double the figure of 250,000 used by the United Nations, until it stopped collating statistics in 2014. The UN says the lack of access and reliability of statistics were the main reasons why they stopped counting Syria’s dead.