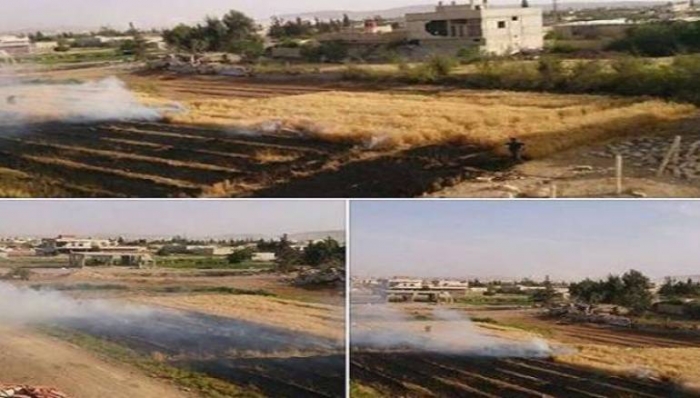 A rebel commander in the south of Damascus said the area of farmland which fell to regime forces in recent battles surrounding Daraya is estimated to be around 175 acres.

Abou Islam said: “We planted in the winter around 75 acres of wheat and barley, then we planted 100 acres in this summer of zucchini, tomatoes, cucumber and eggplants. The planted area was in the western and southern side of the city and it all fell under regime control.”

Activists in the city broadcast footage showing burning barley and wheat crops which the regime had deliberately set fire to. Abou Islam said, “all the cultivated crops went out with the wind. People depended on agriculture and there is no nutrition resource now at all.”

“The situation is bad. There is no food and nutrition especially now that all cultivated crops are either burned or under regime control,” said Khalid, 22, a fighter on one of the city’s fronts.

He added, “One or two persons were able to harvest the wheat crops, but the rest were not able to. The crops were hit 10 days before the time of the harvest.”